Talk about how amazing our lifeguards are well get a load of this. The Wildwood Beach Patrol in conjunction with Susan G. Komen Central and Susan G. Komen South Jersey are getting ready to host the first ever, “Cure At The Shore”

The “Cure At The Shore” will take place this summer on the weekend of August 8th & 9th on the beautiful beaches through-out the Jersey Shore.

Martin Hagan, who is a senior lifeguard for the Wildwood Beach Patrol, came up with the idea. He is quoted saying,

“I initially thought the idea of “Cure at the Shore” could be applied to an individual event such as a long distance row, a run, or a swim, but with help from my Chief and Captain, it expanded into a much broader concept that will involve a lot more people and hopefully raise a lot more money for the Cure.” 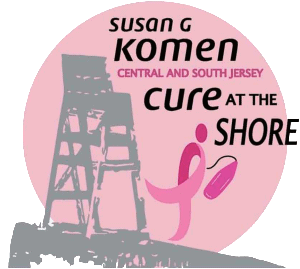 Cure At The Shore Wildwood

Here are some interesting facts about breast Cancer in our area.

(Facts Brought To You By Susan G. Komen)

–  Over 7,000 people in NJ will be diagnosed with breast cancer this year

–  Over 1,300 people in NJ will die from breast cancer in NJ this year

– Salem County has the highest mortality rate among all races

– Cumberland County has the poorest socioeconomic conditions, including the highest percentage of those whose incomes fall below the federal poverty level.

– Atlantic County has the highest mortality rate among African American women and some of the lowest survival rates among all races.

For more information about Cure At The Shore, please check out their website at http://cureattheshore.com or if you rather email, send an email to Chief Steve Stocks / Captain Ed Schneider at wildwoodbeachpatrol@aol.com

Photo taken from the “Cure At The Shore” website. They own all copyrights to it.