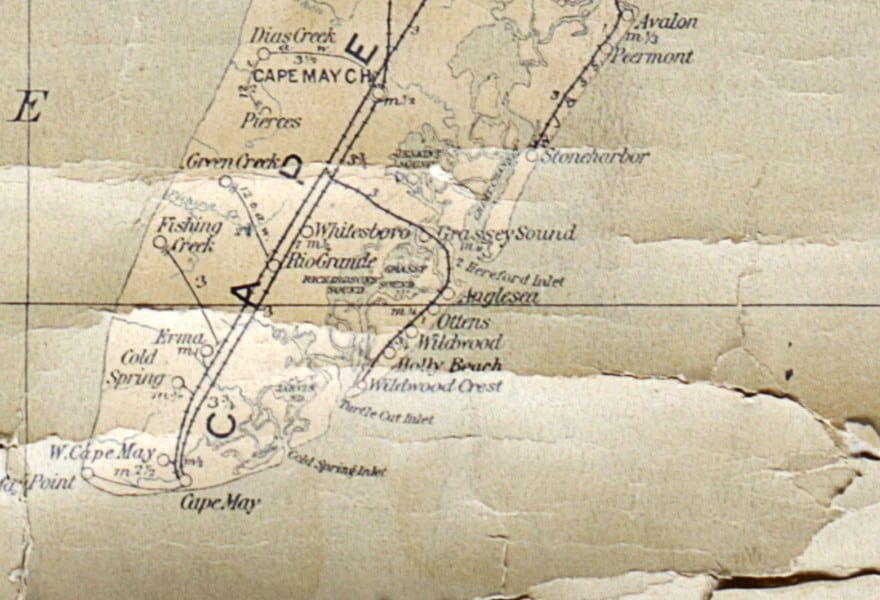 On Tuesday July 19th at 10:00 AM, North Wildwood council members were hit with something unexpected. When the agenda was handed out there was no mention of changing the  name of the city.

During that meeting a petition with over one hundred (100+) signatures was handed to Mayor Patrick Rosenello and city council members asking for the name of North Wildwood to be changed to it’s original name Anglesea.

(On the right is a picture of a 1913 map of Southern New Jersey. Clearly you can see Anglesea on the map even after the Borough of North Wildwood was incorporated)

Mayor Rosenello says that they are considering if city council should put a non-binding referendum on the ballot come November.

We want to hear what you think. Take our quick poll below and answer if you want North Wildwood to change their name or keep it to what it is.

Below is the agenda from the July 19th meeting. Hopefully soon they will upload the notes so that we can share them with you.

While your here, check out the Wildwood song you never knew. 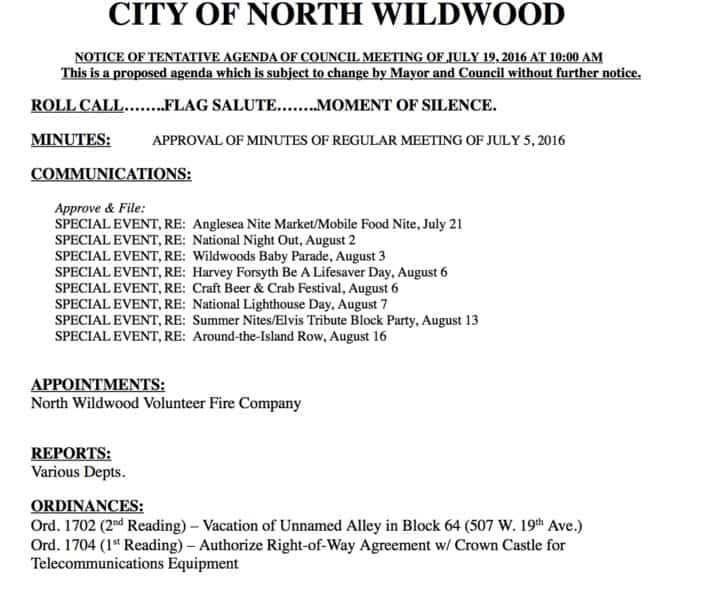 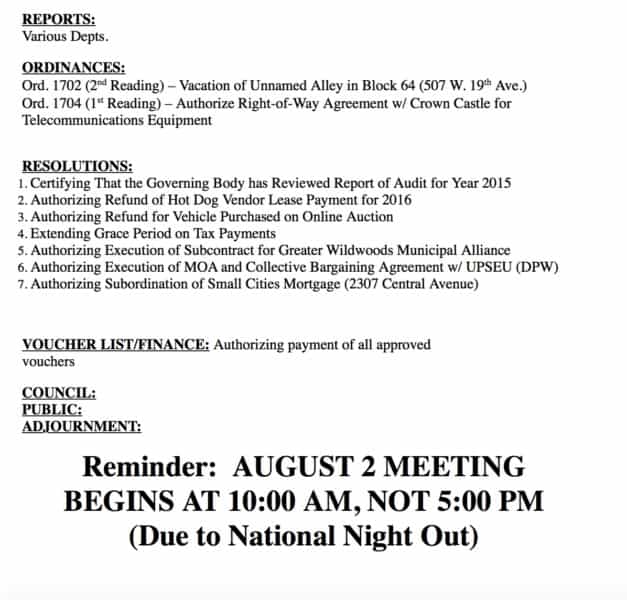 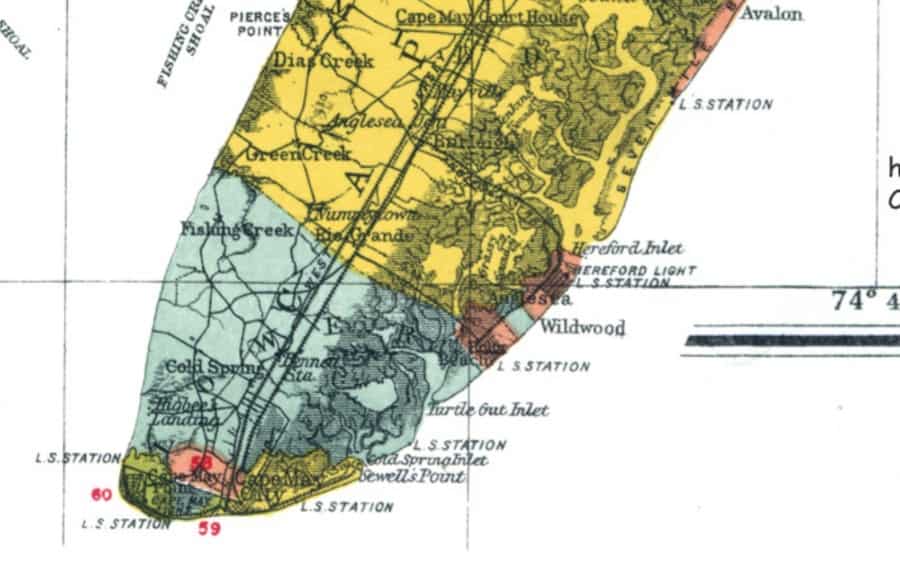