There is a notice being sent out to all boaters who use the Cape May Canal as a transit way.

Sea Tow in Cape May made the announcement that part of the Cape May Canal Train Bridge has broken off. This wooden section is currently sitting in the middle of the canal partially sitting out of the water at low tide.

Boaters should know that it may look like a little piece but it is roughly 100 feet long and is sitting 100 feet East of the train bridge. 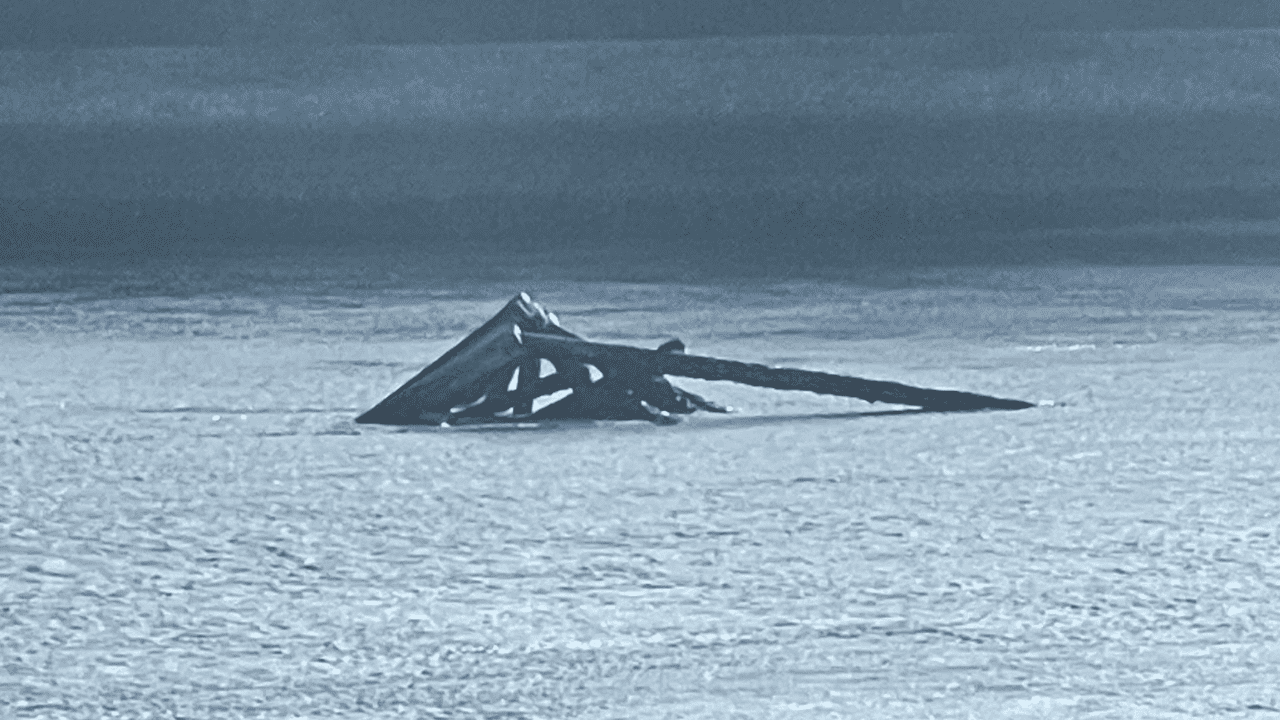 For those who don’t know, this is an unused railroad bridge that sits next to the Seashore Road bridge (New Jersey 162).

This is a swing railroad bridge with a span length of 140 feet including the center pier.

In 2013 a storm damaged the electoral power to the draw bridge causing it to be out of use. Later during the big economy crash, some of the rails were badly vandalized causing service to be suspended on the entire line up to the bridge. 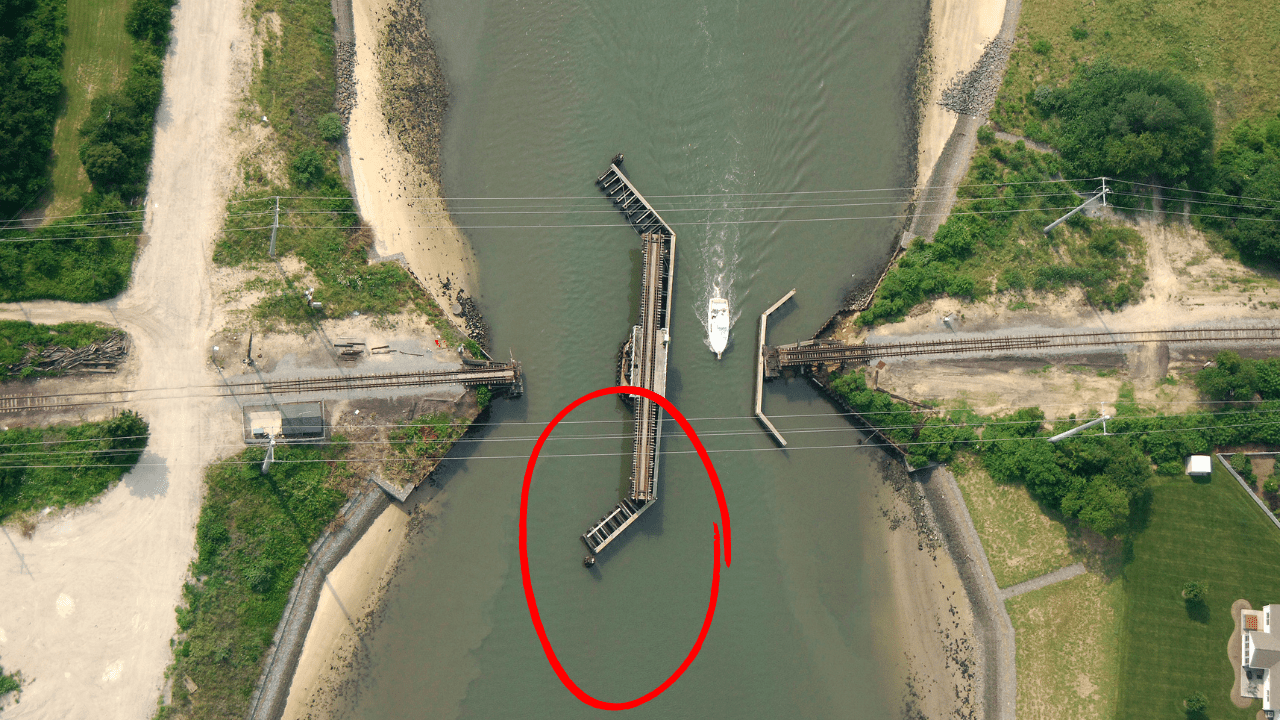 Since it is no longer active it is left in an open position so that bigger boats can pass with no issues.

The railroad line is owned by New Jersey Transit and leased to Cape May Seashore Lines, a tourist operation.

Two years ago, Revolution Rail Company, opened in Cape May which allows tourists to bike four miles to the bridge.

To learn more about the Revolution Rail Company click HERE.

This isn’t the first time that the Cape May Canal Train Bridge broke. In April the Coast Guard was contacted after another section of the bridge broke off and completely blocked the channel. 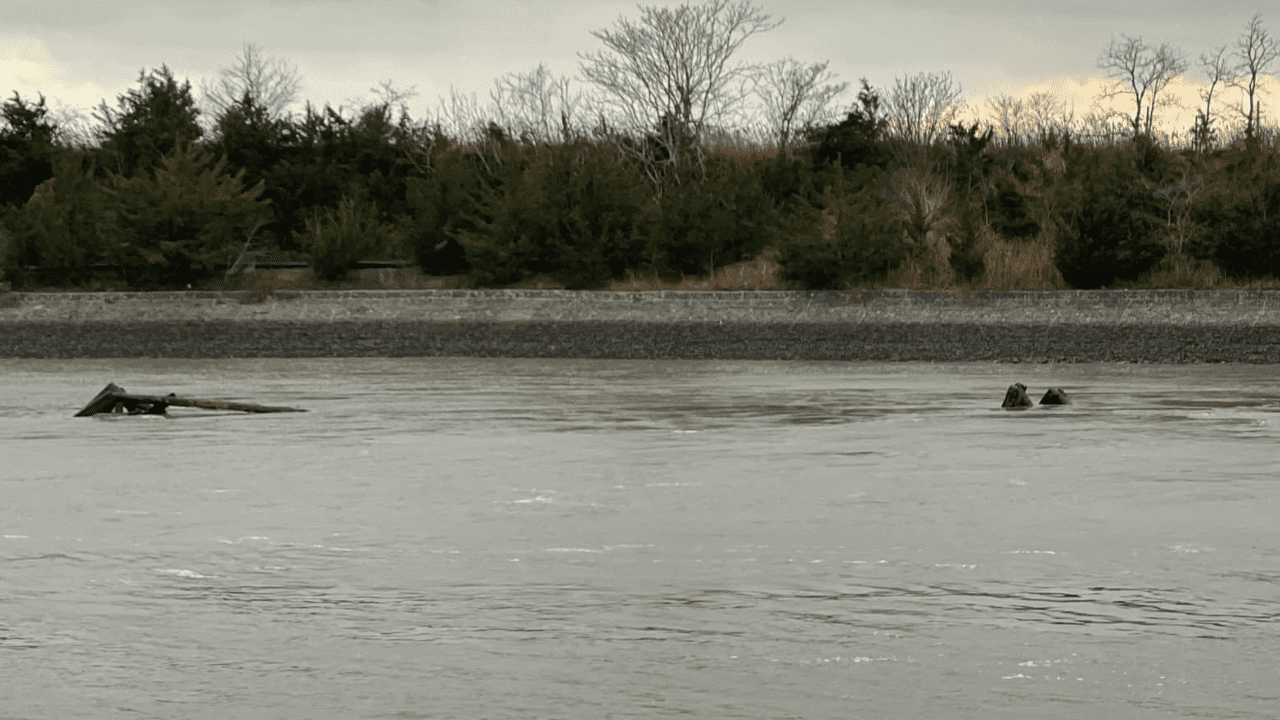 New Jersey Transit was contacted and Sea Tow Cape May was hired to remove the bridge from the waterway. That bridge section was made up of nine pilings while this one looks to be a bit bigger.

This keeps happening because many of these pilings are from the 1970s. Since New Jersey Transit doesn’t want to invest in the bridge the pilings are starting to erode.

According to their public works plan for 2023, New Jersey Transit doesn’t seem to have any plans to bring the bridge back to life.

We reached out to New Jersey Transit for a comment but haven’t heard back since the time of publication.

With rougher stores predicted in the near future, we could see more parts of the bridge fall off.

Photos by Sea Tow Cape May