Yesterday we broke the news that The Marina Bay owners will not only fix up the current Marina Bay Towers but will also be building a brand new 12 story high-rise.

If you missed that story then click the link below. 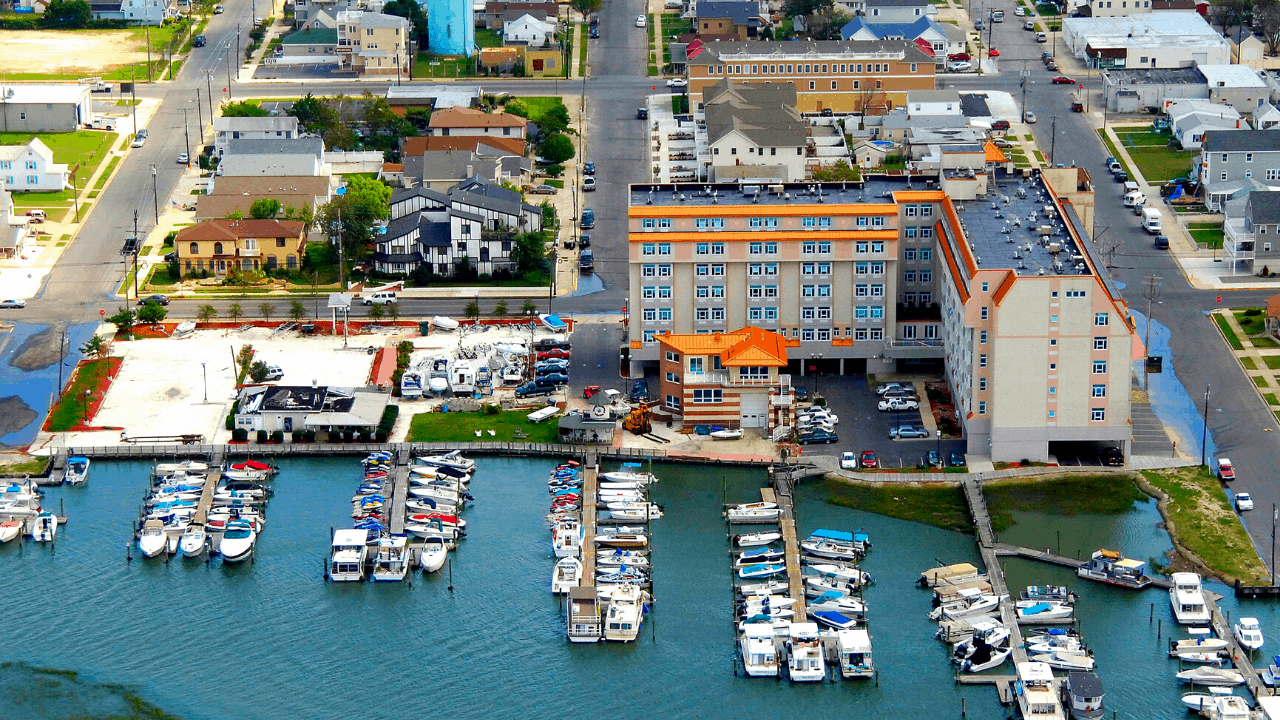 After the article went viral we had a ton of messages and comments about the project and the settlement of the lawsuits from last April.

The Mayor of North Wildwood, Patrick Rosenello, released a letter last year to explain all of it and it goes into great detail.

As you read you will see that Mayor Rosenello and the City stayed involved in this case because they wanted to protect the current tenants and fight to save affordable housing for our seniors.

Below is the letter.

Our decision to not object to this plan represents the best efforts of the City of North Wildwood to obtain an outcome that preserved and protected the City of North Wildwood, the tenants in MBT and the outcome of future developments on that site rather than leaving such decisions solely to the courts and the property owner. It also would put all litigation concerning the property to an end and provide the best hope for the current building finally being repaired.

In broad terms there are two legal arenas, within which there are multiple lawsuits, to which the City of North Wildwood is a party. The first arena pertains to a Bond Foreclosure on the current MBT building in the trial court. In the Bond Foreclosure, the bondholder seeks to amend the current deed restrictions on MBT as well as other agreements with respect to the existing building.

In this type of foreclosure, federal bond foreclosure laws dictate the ultimate outcome of the case. When this foreclosure initially commenced, numerous parties, including the City of North Wildwood and the State of New Jersey objected to the foreclosure plan because the bondholder sought to void the affordable deed restriction and greatly reduce the number of affordable units.

However, numerous State Superior and Appellate Division Courts ruled on multiple occasions to allow this foreclosure to move forward and for the deed restriction to be voided and modified. The State of New Jersey lost numerous objections to the bondholders’ foreclosure plan, including an appeal to the Appellate Division and, as a result, withdrew its objections and ceased its participation in the lawsuit.

The City of North Wildwood could have followed a similar route and simply allowed the property owner to work out a final plan with the Foreclosure Judge, excluding any input from the City and continuing to litigate with the owner interests in other pending litigation. Although the easiest course of action for North Wildwood would have been to follow the lead of the State of New Jersey and walk away from the case, thus leaving the ultimate outcome to be agreed upon between the property owner and the courts, we chose a different route.

The City stayed involved in the case in an effort to protect the current tenants, fight to provide additional senior affordable housing in North Wildwood and protect the financial interests of the City with respect to the ultimate ruling on the property as it relates to taxation, sewer and other fees. Through our continued involvement, we were able to secure a minimum of 105 senior affordable housing units in the current building, rent protections for the current residents and a fair financial plan for the City. Had we chosen to not stay involved, there almost certainly would have been fewer, if any, senior affordable units, no protections for the existing tenants and no financial consideration to the City from that property. The plan that is ultimately anticipated to be approved by the Courts for the existing building will allow the property owner to add one floor to the existing building and reconfigure the building to allow for market rate units, while being required to maintain a minimum of 105 senior affordable housing units.

The second broad arena with respect to this property is the disposition of the remaining land on the site that is not developed with the current MBT structure. On the remaining property, the property owner filed what is known as a Builders Remedy Lawsuit. If you are unfamiliar with this term, it is a type of lawsuit that is filed in New Jersey when a builder is seeking to force a municipality to allow said builder to build affordable or low-income housing.

In New Jersey, the State has determined the ‘Fair Share’ of affordable or low-income housing that each town is obligated to provide. If a town is not providing that number of units, a builder can file a lawsuit that forces the town to permit the builder to construct affordable or low-income units at a higher rate of density than otherwise would be allowed under the municipal zoning ordinances.

The court could also dictate other concessions the town must make, such as tax exemptions on the affordable or low income units, waiver of development and construction related fees, contribution to infrastructure upgrades and, as noted, a density bonus that allows the developer to offset the cost of building affordable units by constructing a combination of affordable and market rate units in excess of the density that is permitted by the municipality. This offset is typically in the neighborhood of a 5:1 ratio, meaning, for every affordable unit that a builder constructs, they are permitted to build four market rate units to help fund the affordable or low-income units.

According to the most recent court-appointed experts’ calculations, the City of North Wildwood’s fair share obligation is somewhere between at least 114 and as many as 425 affordable or low-income housing units. This means that a developer would be able to build almost as many affordable or low-income and market rate units on any parcel of ground in North Wildwood that is physically possible. Even assuming the lower obligation of 114 units, there could conceivably be 570 total units upon the remaining land in this case. These units would be a mix of affordable, low-income and market rate.

As with the decision the City made with respect to staying involved in the MBT Foreclosure suit, the City did not have an obligation to defend the Builders Remedy Lawsuit. The City simply could have chosen to allow the developer to proceed with their Builders Remedy Lawsuit in front of a Judge. That Judge and the developer would then have looked at North Wildwood’s ‘fair share’ of affordable housing that is unmet, reviewed the parcel of land that is available between 4th & 5th Avenues, and decided between themselves how many affordable, low-income and market rate units could be built on that site. Instead, North Wildwood again chose to stay involved in this case and fight for what we believe is in the best interest of the City. To that end, we do not anticipate objecting to a court order that provides a minimum of 105 senior affordable housing units in MBT while allowing the developer the right to construct up to 12 floors of all market rate residential units in a second building.

The lawsuits and litigation that have surrounded Marina Bay Towers started long before my term as Mayor. One of my top priorities since becoming Mayor was to extricate the City from these lawsuits in the best way possible. And, while I recognize that not everyone is going to agree with every decision in this matter, I am confident that we took the appropriate steps in order to get the best possible outcome for the City, the taxpayers of North Wildwood, and the tenants of Marina Bay Towers.

Check out these other Wildwood videos and Articles