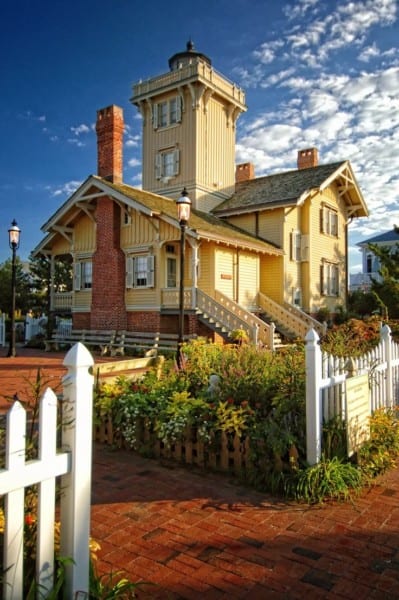 Meet Paul J. Pelz. Pelz was a German-American architect who emigrated to the United State in late 1851. During his early time here he lived in New York City and learned the design trade by studying under architect Detlef Lienau.

Our lighthouse, Hereford Inlet Light, was the seventh (7th) one built by the time 1874 rolled around.

All and all, out of the 11 lighthouses that were built, only two others had similar characteristics.

You can tell that these three lighthouses weren’t built exactly the same but the lighthouses had a similar theme with it.

The sister light houses are located at;

Out of the 11 Lighthouses he built only 7 remain standing today. The others were lost due to fires or were simply knocked down.

With the help of two friends on the East coast, we were able to put together a video on both of the other sister lighthouses. Enjoy the video!

While your here, check out what’s new in Wildwood this year!! (CLICK HERE TO SEE THE ARTICLE)