St. Mary By The Sea Has SOLD

For the past several weeks we have been receiving messages asking what’s going on with St. Mary By The Sea.

Located at 101 Lehigh Ave in Cape May Point, this historic building was built in 1889 as the Shoreham Hotel before the Convent Of The Sisters Of St Joseph purchased it in 1909 and made it into a retreat house. 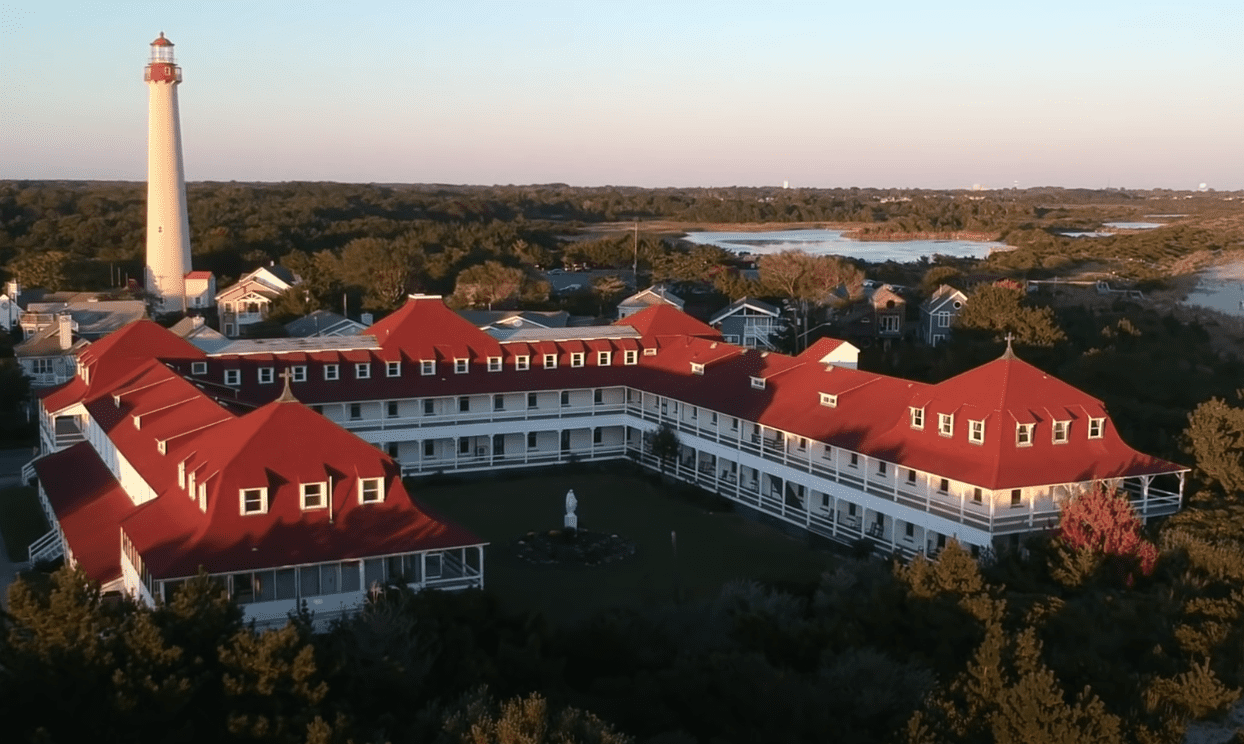 Back in 2018 The Sisters Of St Joseph had announced that they planned on using the house through 2021 before returning it back to nature.

Their reasoning for this was the decrease in the number of Sisters and the cost of the upkeep of the building.

With such historic significance, people fought to keep the building instead of seeing it torn down.

In February 2021 the Sisters made the announcement that it was time to close on the property. During the pandemic, they were forced to cancel their 2020 and 2021 retreat programming.

To honor their long tradition at St. Mary By The Sea, the sisters held one last ceremony on September 22nd. At that time there was no information on what would happen to the building.

The Wildwood Video Archive was invited to document the building. The WVA filmed the entire property from the grounds to the attic. [You can watch that video at the bottom of the article]

Just a few weeks later good news came in that the sisters decided to sell the building to Cape May Point Science Center, Inc.

The Cape May Point Science Center wanted to use the building to create an environmental center that will focus on education, research, and advocacy devoted to the conservation, protection, and preservation of nature.

The deed restrictions safeguarded the ban on any development of the building meaning that the building could never be turned into a commercial property.

Since that time no word had come through about the property until today.

According to public records, The Convent Of The Sisters Of St Joseph sold 101 Lehigh Ave to Cape May Point Science Center, Inc. for $5.5 Million.

We will be sure to keep you in the loop with the progress of the building over the next several months.

Check out our tour of the property below.