This might be the coolest thing I’ve seen in a while! If you are a Wildwood fan and also a LEGO fan at the same time, this will be right up your alley.

Every year there is a traveling LEGO convention show called, “Brick Fest Live.” Essentially it is a fun interactive convention where you can build with LEGOs, see creator models, hang out with LEGOs fans and take photos with life-sized LEGO statues.

What had started as a one-city convention has now become a country-wide won with stops in ten US cities.

Some of these cities include Oklahoma City, Hampton, VA, Milwaukee, and Secaucus, NJ. 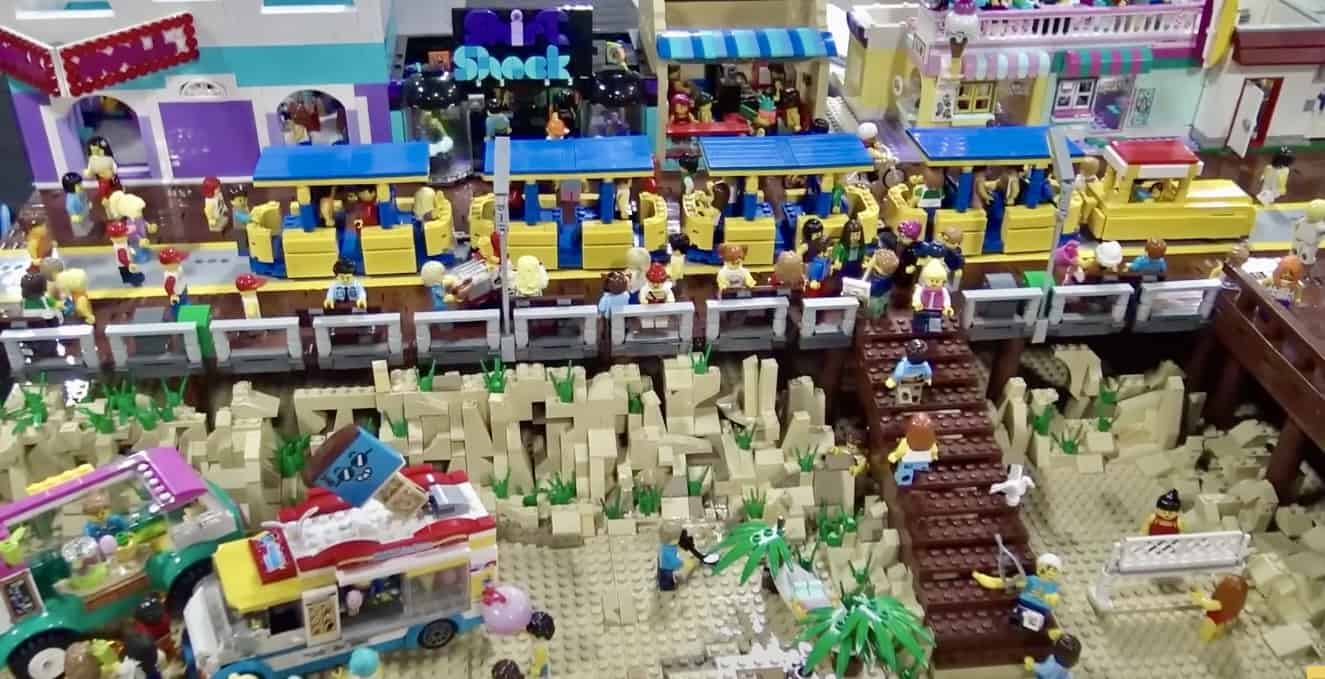 The West Berlin LEGO club, South Jersey Lego User Group (SJLUG), wanted to come up with a new set that folks from New Jersey would recognize at first glance.

Made up of 30 LEGO friends, the South Jersey Lego User Group (SJLUG), is a not-for-profit organization that donates its time and building blocks to local area schools, libraries & other charities.

During the pandemic, they wanted to build something big that would keep them busy while being stuck in covid-19 lockdown.

Since they all grew up going to the Jersey shore during their summer vacations, a massive beach theme was their theme of choice. 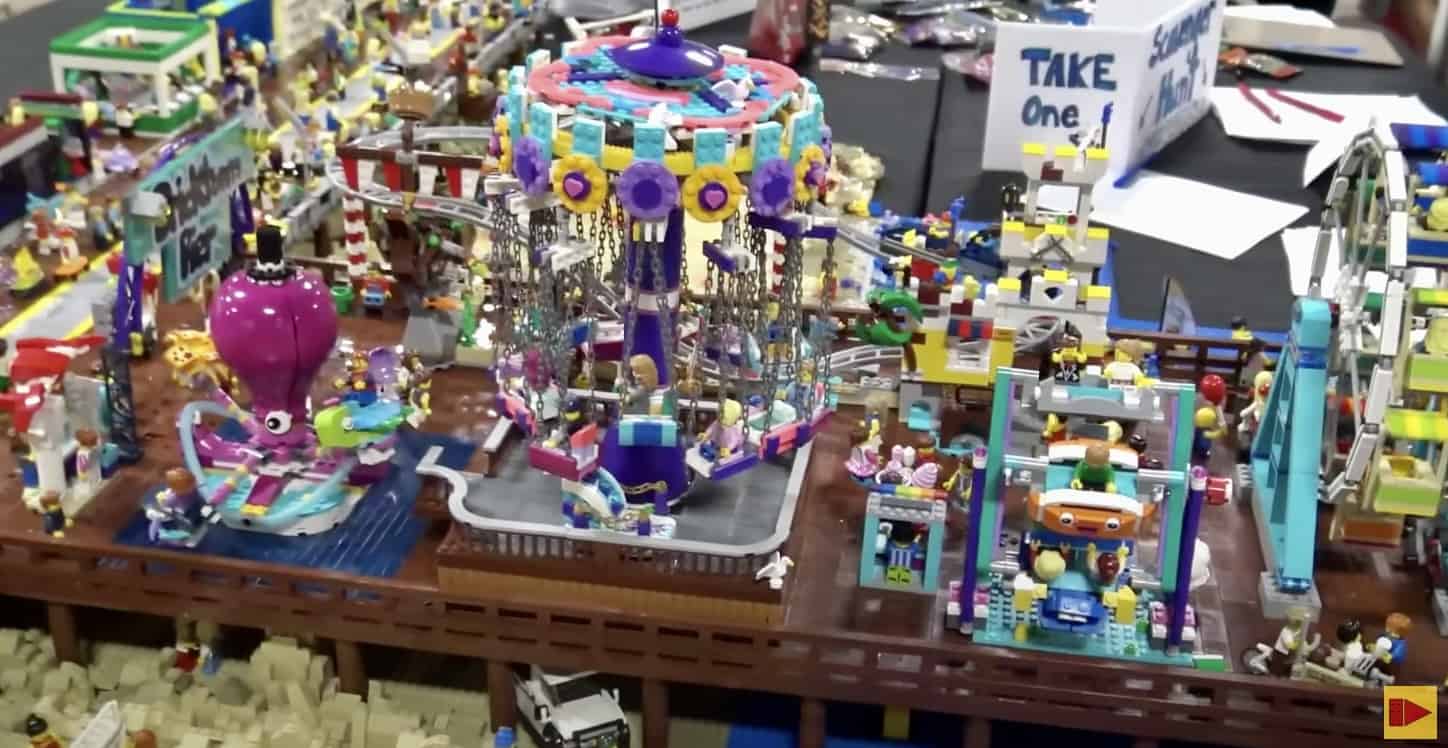 Drawing inspiration from all the Jersey beach towns such as Wildwood, Seaside Heights, Avalon, and Ocean City, the world of ‘Tilewood,’ was born.

Featured in “Brick Fest Live” 2021 and this year, ABC6 news caught up with the group to get a tour of the sprawling beachfront town.

Tilewood had everything you could imagine that a New Jersey shore town would need.

From a massive amusement pier sitting over the ocean to a boardwalk filled with food, games, and even a Tramcar, this LEGO set screams the Jersey Shore. 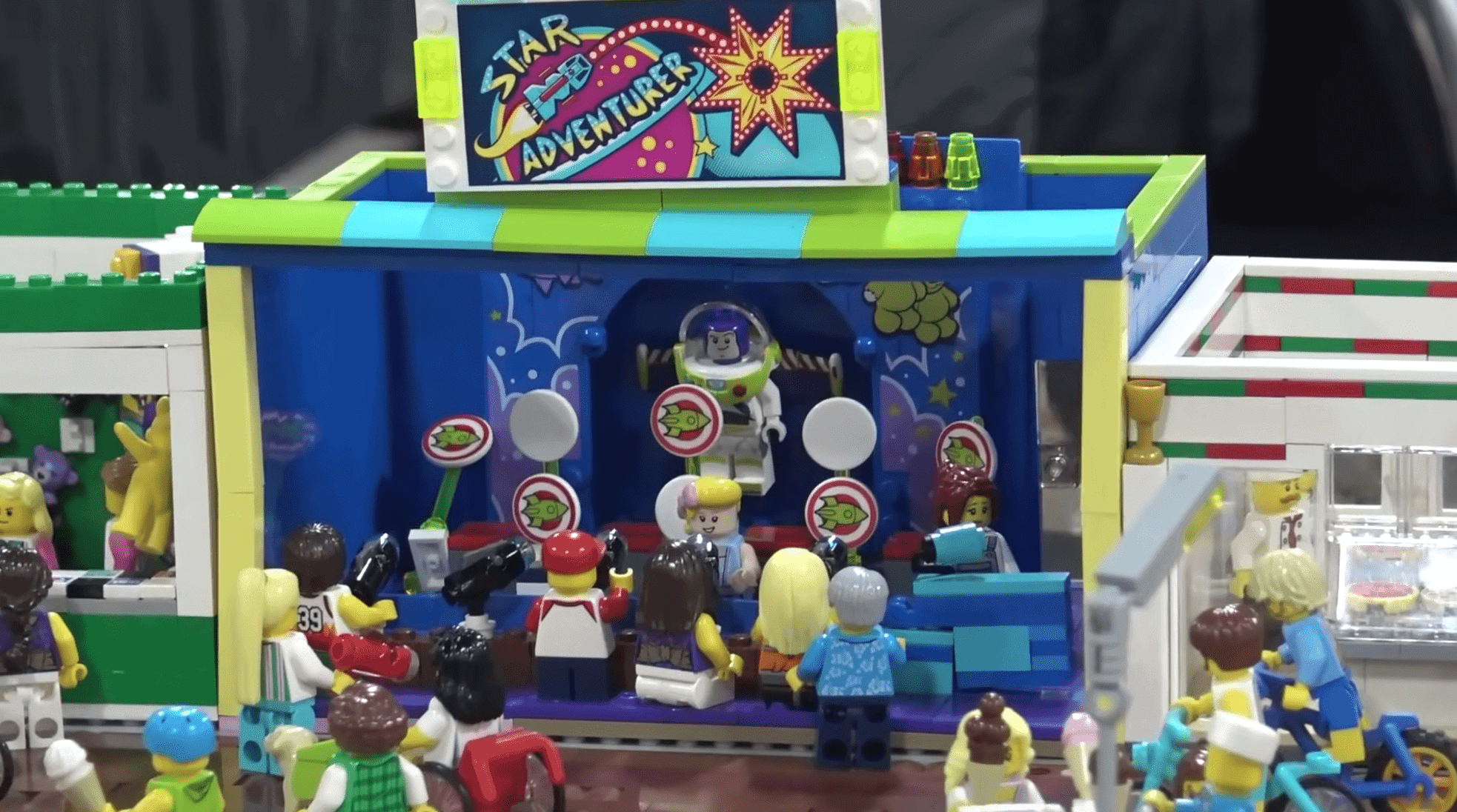 Beyond the Brick featured Titlewood in a video during the 2021 Brick Fest Live. In the video, which you can watch at the bottom of this article, BTB gives us a full tour video of the Tilewood set.

Club president Kristie Evans said in an interview with Beyond the Brick that they don’t know how many bricks it took to build the set. It is so big that they have to have a crew of people to bring it into the convention and lay it out on two tables.

The group started building the boardwalk set in July of 2021 and continued working on it up until Brick Fest Live 2021.

Evans insists that they took inspiration from all the towns for the sets but looking at them one would say one stands out the most, the Wildwoods.

The Wildwood Boardwalk is the only boardwalk that has concrete pathways, a massive boardwalk mall, and the world-famous tramcar. This set of course features both of these things proudly. 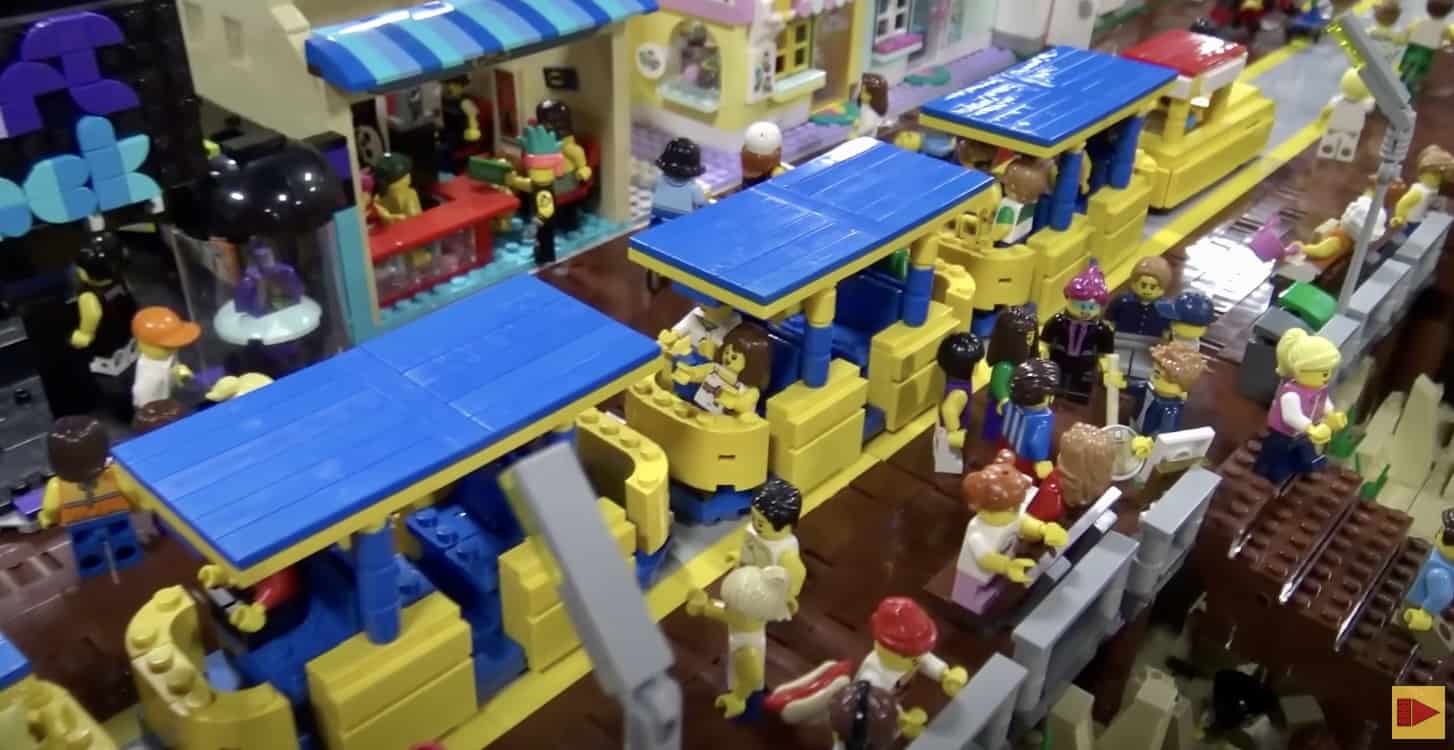 Granted, our piers do not sit over the ocean. That is something that belongs to Seaside Heights unless we are talking about the piers from the 70s.

The Wildwood Video Archive wants to extend its praise to the SJLUG team.

Below is a tour video of Titlewood.

[Note: all the photos used in this article are credited to Beyond the Brick

Check out these other Jersey Shore videos and articles.