It’s no secret Cape May has its share of ghosts and ghost stories. Since it’s America’s First Seaside Resort, generations of travelers have visited the area.

Some of these visitors include pirates, Presidents, Revolutionary War soldiers, famous American abolitionists, and everyday people.

With its rich history, it’s no wonder why the town has seen many ghost sightings over the years. 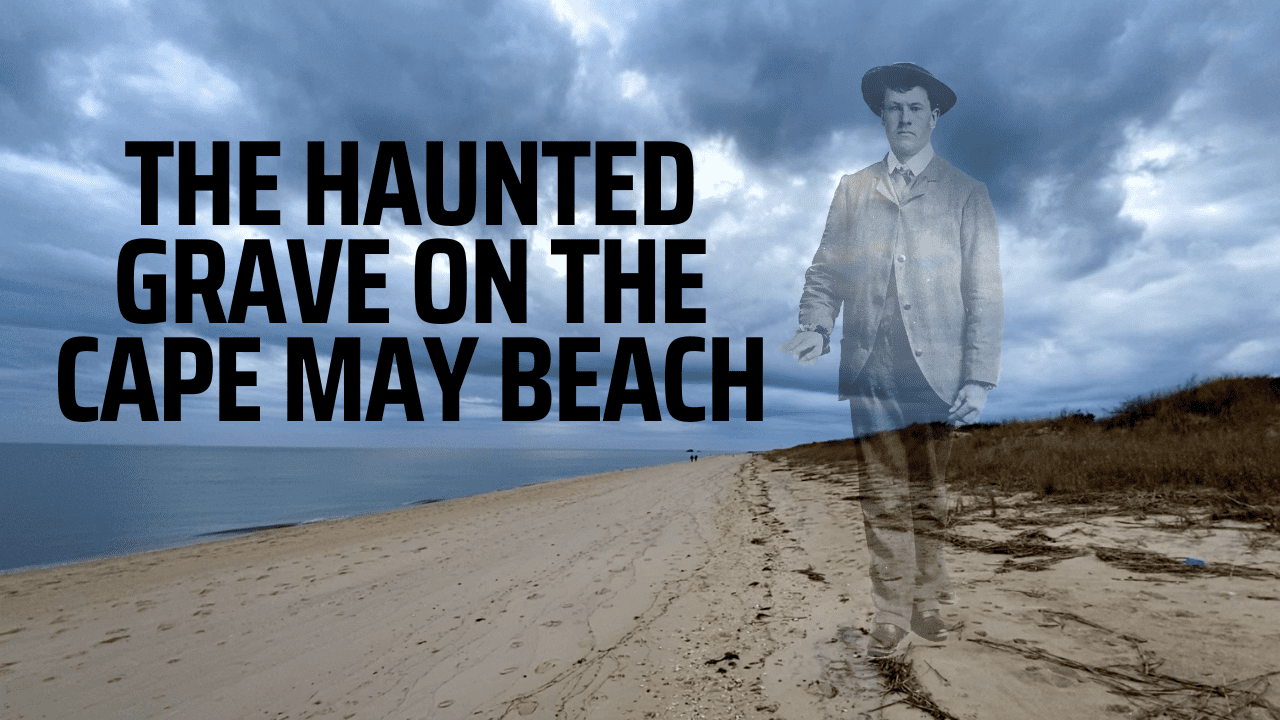 Paranormal activity has been recorded in places like Emlen Physick Estate, The Cherry House, and Hotel Macomber but did you know there is a ghostly grave on the Cape May beaches?

The Cape May we know today is quite different from what it used to be. Today it is seen as an island due in part to the Cape May Canal. This canal wasn’t always there though.

It was the early 1940s and World War II was starting to get worse. While the United States wasn’t in the war yet, they were still preparing for it.

As factories started manufacturing weapons for the Allies via the Lend-Lease and Military act coastal towns were getting prepared to see German U-boats. 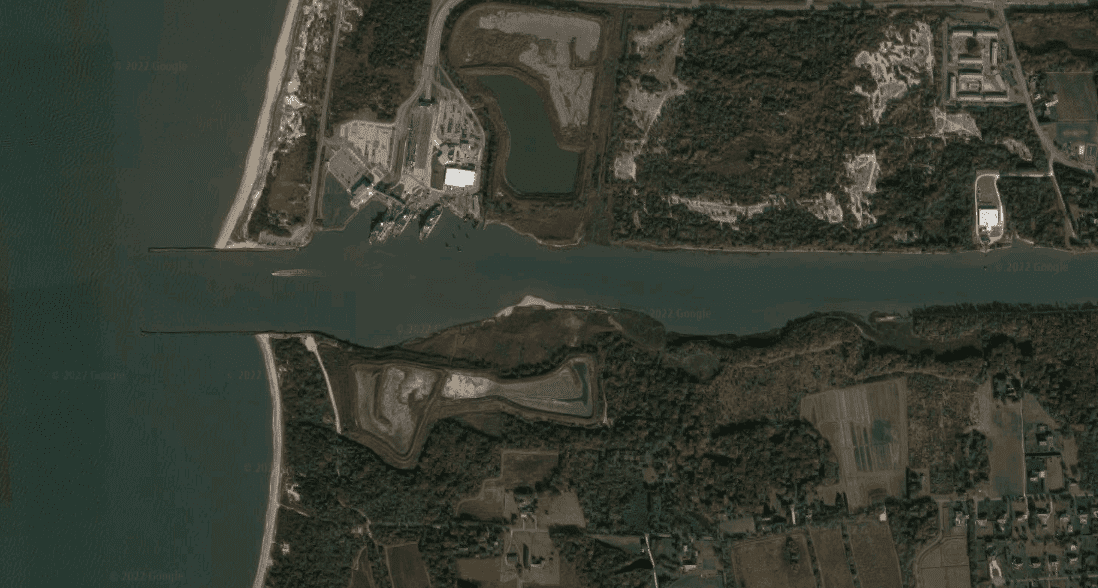 The German Nazis’ knew that the US was supplying these weapons and they went out to stop it by sinking merchant ships.

The US had to come up with a way to allow ships to pass safely to Delaware so they dredged a canal and created Cape Island.

This meant that any property that was standing in the way of the proposed canal had to be destroyed. One of those properties was half of today’s Higbee Beach.

Prior to the 1940s, this was a tent village. Folks would drive down and camp out on the beach but before this, it was something completely different.

This beach has tons of folklore as many believe this is where pirates used to anchor near and come on to land.

Another folklore is that this beach had been haunted by a mysterious ghost who would show themselves on a summer night.

While there isn’t really much proof of this haunting there is some evidence that there is a grave right on the beach. To understand what this grave is you would need to know who the beach was named for. 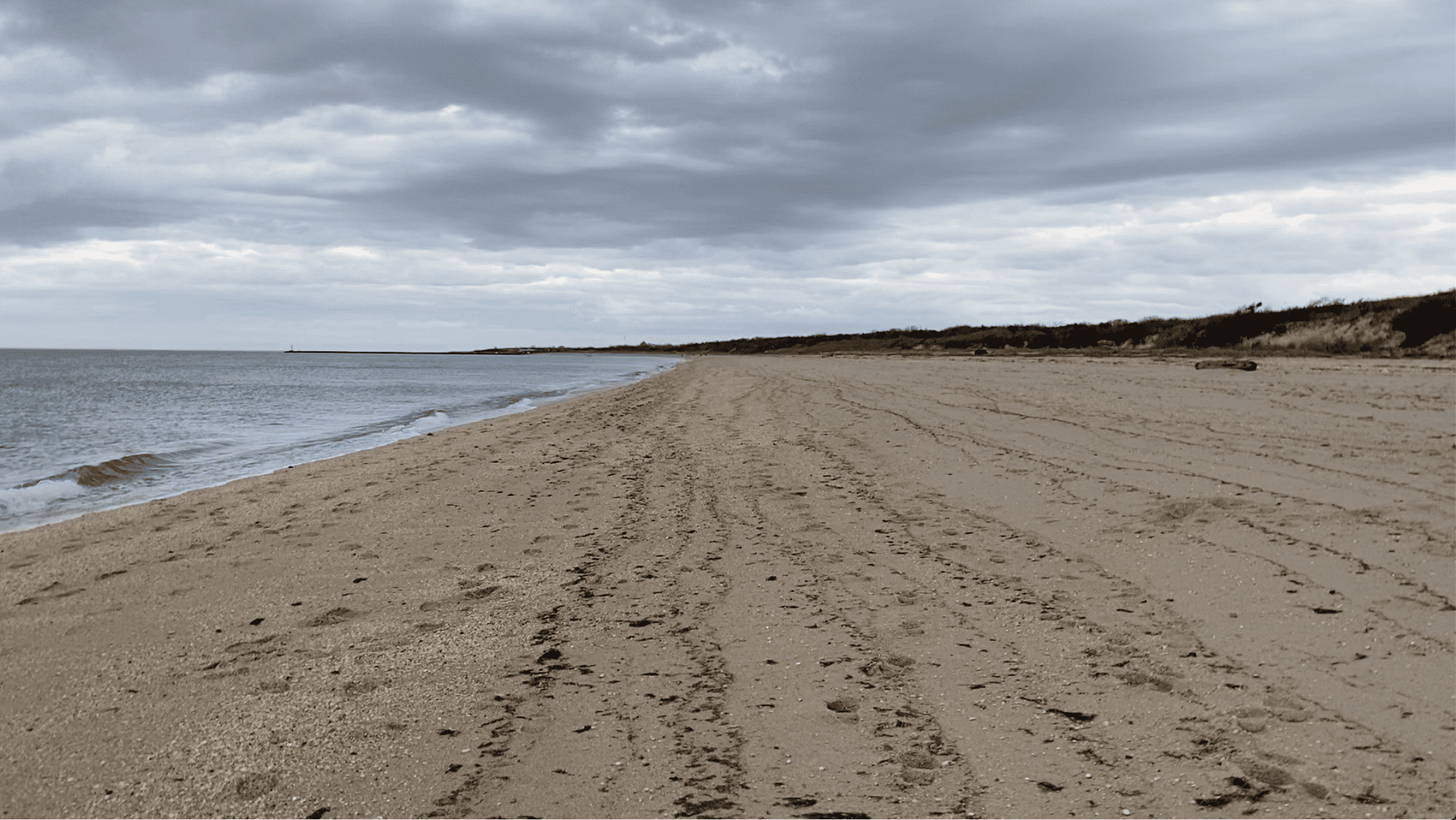 Joseph Higbee was a ship pilot who would help move ships from the Atlantic up the Delaware Bay and into Philadelphia. He was very well known and liked.

Together with his brother Thomas, they purchased land right on the bay in 1823, which was a farm with a hotel. Named The Hermitage, the hotel wasn’t anything too special but did offer amazing views of the bay.

This hotel doesn’t exist today but if you were to look on a map one would put the hotel right on and next to the Cape May Canal.

Since Higbee was a maritime pilot, he would spend his off time at this beach with his brother, looking at the ships as they went by. For fifty years they stood on those shores until Joseph’s passing in 1872.

In his will, his brother was entitled to the full deed on the land, hotel, tavern, and the beach. Thomas, who loved the area that he and his brother built, wanted to stay on the property forever.

After his death in 1879, he gave his entire estate to his niece, Etta Gregory. While this wasn’t really Higbee’s niece, she treated him with much respect after his brother’s death.

In Higbee’s last will he made one request that Gregory granted. He wanted to be buried on the property overlooking the bay and land he loved.

By the end of 1879, a grave was dug, and Higbee was buried with a large marble slab on top. This was to prevent grave robbers from stealing anything. There his grave sat, undisturbed.

When Etta Gregory passed in 1937 this would change. Gregory’s will requested that her Uncle Tom be unearthed and moved to be buried with her at the Cold Spring Cemetery. This of course was done without the wishes of Tom who wanted to stay on his land.

This is where things start to get paranormal. Some believe that Tomas was angry about this move and at times goes back to Higbee’s beach. 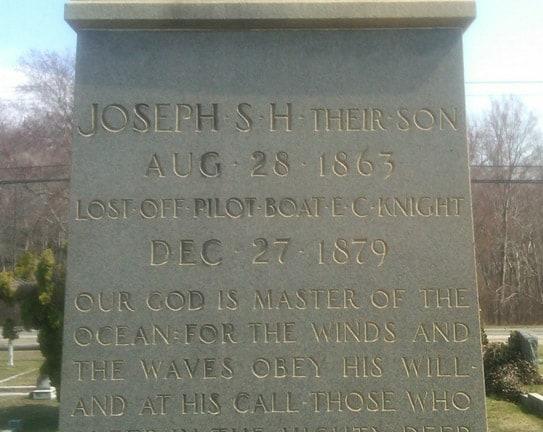 There have been some stories posted on Facebook of visitors explaining that they saw or heard something while they were walking back in the woods. One said he saw an old man walking in an area that he couldn’t possibly get into due to his age. Another visitor said that they heard some kind of yelling but found no one around them.

With no concrete proof of this paranormal activity, we will have to leave this as just another Cape May Ghost story.

The one question that many still ask is, where is the grave today? Rumors say that it’s still standing with its marble slab. Others say that it was destroyed when the Cape May Canal was built.

As someone who hikes back there, we have never seen such a grave.

At the end of the day, a legend like this is something that will live on as long as there is someone to tell their story.

Check out these other videos and stories.