Lucy the Elephant Is Finally Open!

The iconic Jersey Shore landmark, Lucy the Elephant, recently reopened to the public after a 15-month makeover. The six-story elephant-shaped building, which was built in 1881, underwent a major renovation to preserve the historical structure and enhance the visitor experience.

Located in Margate City, New Jersey. It was built by James V. Lafferty as a tourist attraction and serves as an example of novelty architecture. This is a type of architecture in which buildings are given unusual shapes for purposes such as advertising. In this case, an elephant. 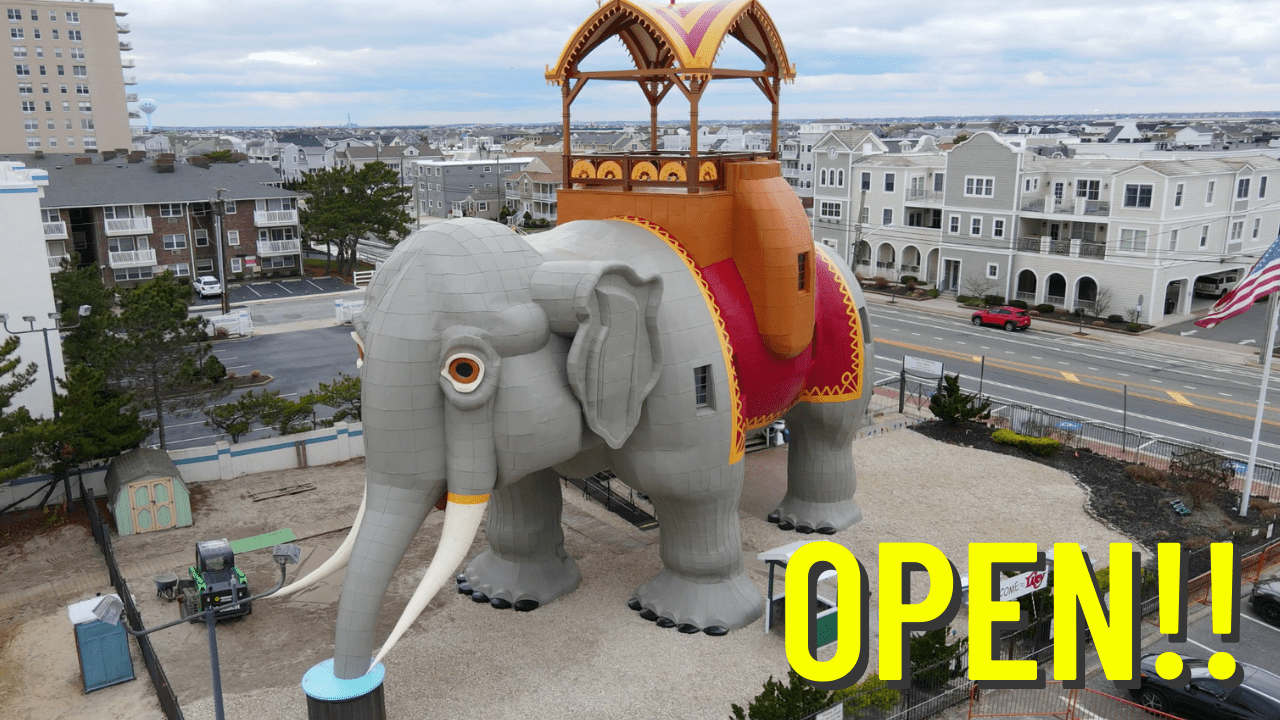 Lucy the Elephant Is Finally Open!

The building stands at sixty-five feet tall and sixty-five feet wide and is made of wood and tin sheets. It was designed in the shape of an elephant to attract attention to potential buyers to Latterty’s new land holdings along the coast of South Atlantic City, now known as Margate City.

Lucy the Elephant has served various purposes throughout her history. She has been a restaurant, a business office, a cottage and even a tavern. In the 1960s, she was saved from demolition and was restored by the Margate Civic Association, who moved her and turned it into a museum. 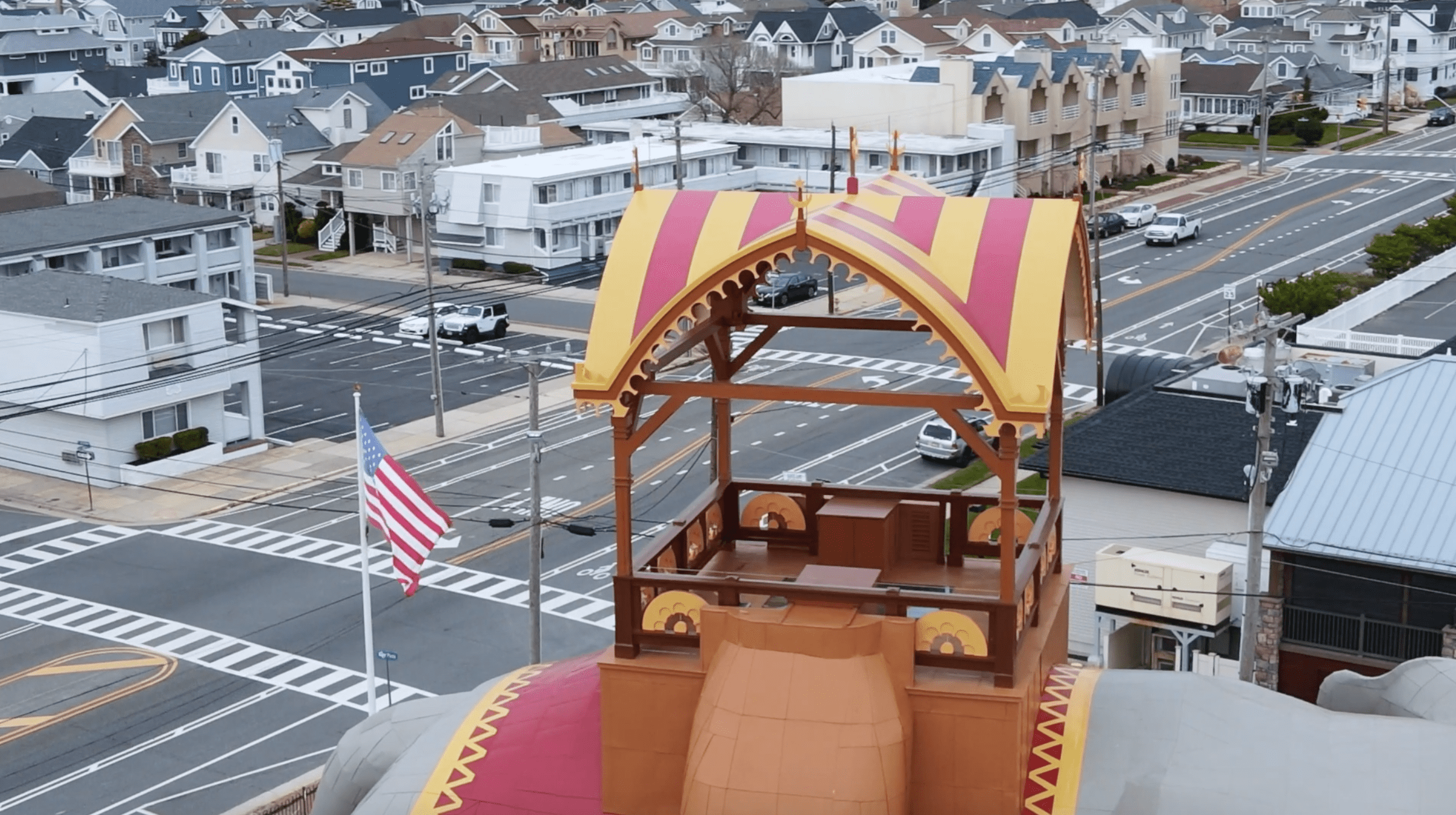 Fast forward to 2019 and Lucy needed some tender love and care. The Margate Civic Association raised the money and got started on the project in 2021 to renovate her.

The planned renovations for Lucy the Elephant, which were set to cost $1.4 million and be completed in eight months, faced significant delays due to the discovery of more extensive wood rot in the building’s frame than initially anticipated. The additional rot was caused by water leaks, which required additional repairs and modifications to be made to the original plan.

At the end of 2022, the Margate Civic Association held an official reopening of Lucy. While the Wildwood Video Archive didn’t attend, we stopped by prior to film some drone shots.

You can watch that video at the bottom of the article. 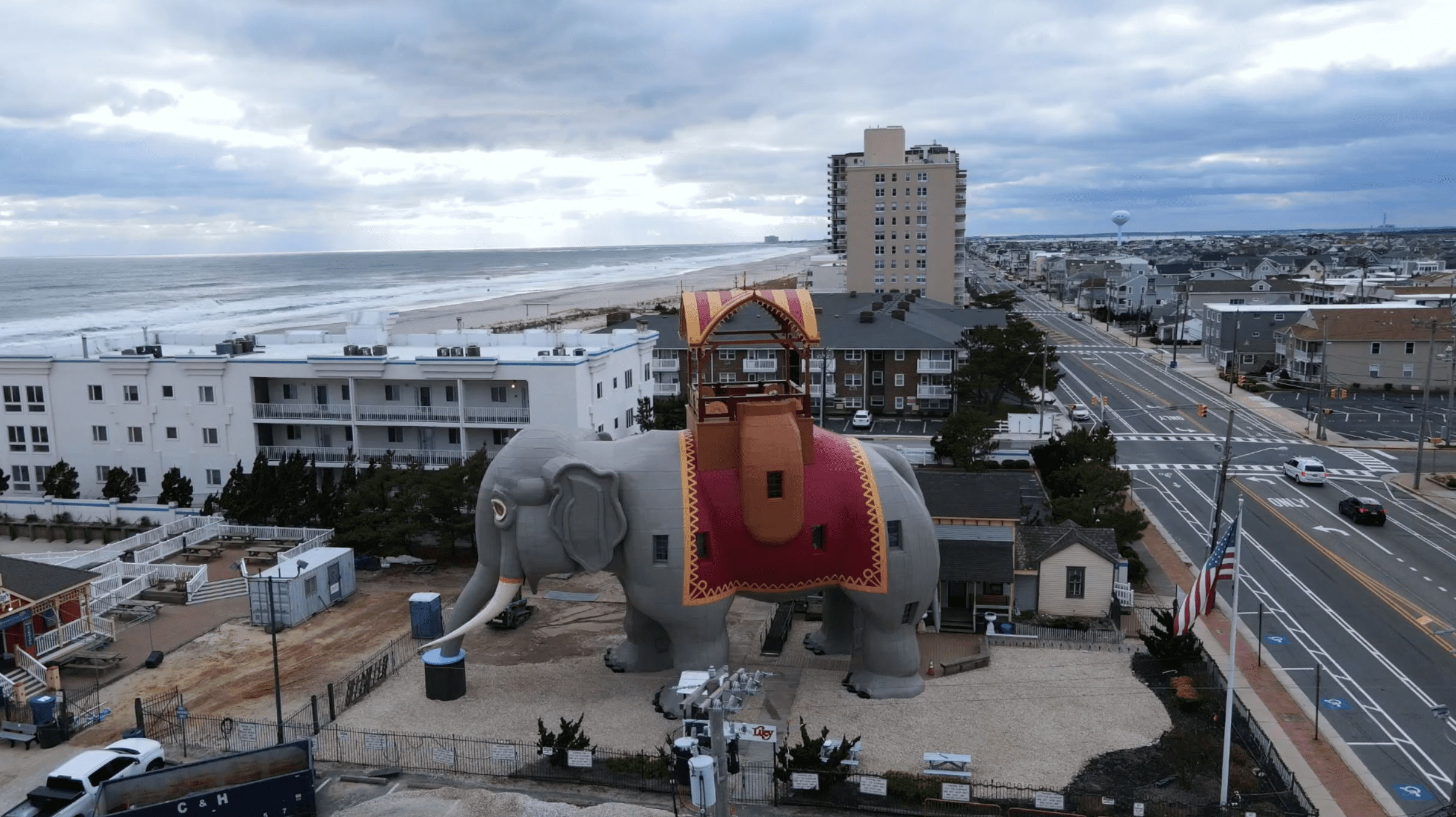 Today, Lucy the Elephant is a National Historic Landmark and is open to the public for tours. Visitors can climb to the top of the elephant for a panoramic view of the surrounding area.

The building has been featured in many films, television shows, and commercials, and has become an iconic symbol of Margate City. It also serves as a reminder of the role that tourism played in the development of the Jersey shore.

It is not only a building but a piece of art and history, it has stood the test of time and is sure to entertain and amaze visitors for many more years to come.

Before you watch please consider subscribing to our Youtube Channel