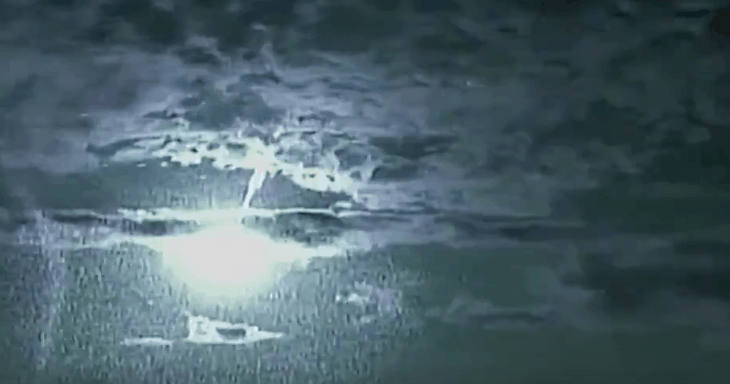 Did you hear the loud explosion last night? Just before 11PM, 10:57 to be exact, a loud explosion was heard from Cape May to as high as Atlantic City.

Some witnesses reported seeing a fireball” in the night sky just minutes before the explosion.

It turned out that a meteor had fallen over Atlantic Ocean first seen in Brazil. Social media confirmed the meteor with multiple dash camera capturing the passing meteor. [Videos at the bottom]

As to the explosion, scientists say it was made as the meteor smacked into our atmosphere and burnt up over the Atlantic Ocean.

Here it is slowed down and zoomed in. pic.twitter.com/uoNiJpfhyJ

LIT UP: Meteorite streaks across the sky in southern Brazil before burning up in the atmosphere over the Atlantic Ocean. https://t.co/FsycUtDM7p pic.twitter.com/VbOQH6zTCV

Mid-Atlantic #Meteor picked up by #GOESEast GLM. Ignore the timestamp on the image, looks like it was around 10:57p EDT. (17/02:57z) (Data by @CIRA_CSU) cc: @capitalweather @DanielJohnsonWx @TimBuckleyWX pic.twitter.com/jWPVquyOf3

A camera at the Brazilian Meteor Observation Network captured the exact moment a #meteor fireball blazed across the night sky pic.twitter.com/vObo6fBPdj

Comment below if you saw this meteor! Check your home security cameras and see if you caught it on there.

Check out these Wildwood videos and articles