Construction is starting to ramp up at Playland’s Castaway Cove in Ocean City New Jersey. For over a year their grand entrance into the entertainment complex has been missing.

Back in January 2021, Playland’s Castaway Cove experienced a boardwalk nightmare, a massive fire.

Around 7:30 am smoke started rising out of the main entrance which prompted eyewitnesses to call the Ocean City Fire Department. 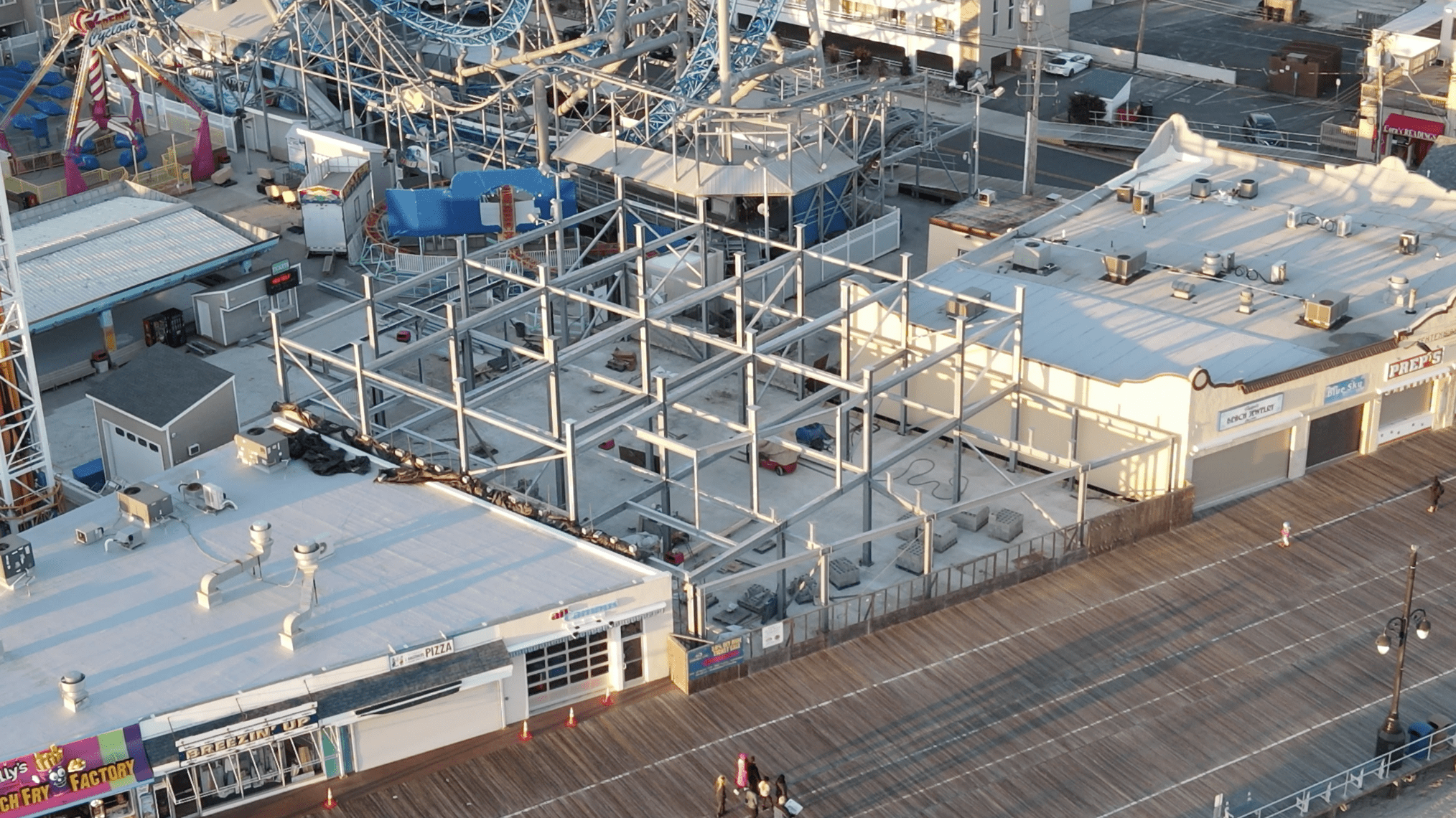 This main entrance was an arcade that housed a massive pirate ship on its roof.

Once at the season, OCFD upgraded the fire to a four-alarm. Trucks from eight other sistering towns such as Atlantic City were called in to help contain the fire.

The fire completed gutted the arcade area, destroyed the pirate ship that has been greeting guests since 1998, and damaged some of the kid rides inside the park.

Other businesses next to the arcade, such as the Daily Queen were also destroyed.

Two months later investigators were able to determine that an electrical source caused the fire.

Castaway Cove’s owners commented on the fire later on in the day on Facebook. Their message read, “We struggle to comprehend this morning’s events and what will be of the next few months, but we can assure you this, we will rebuild.”

Rebuild is what they promised and what was proposed during an Ocean City zoning and planning meeting last December 2021. 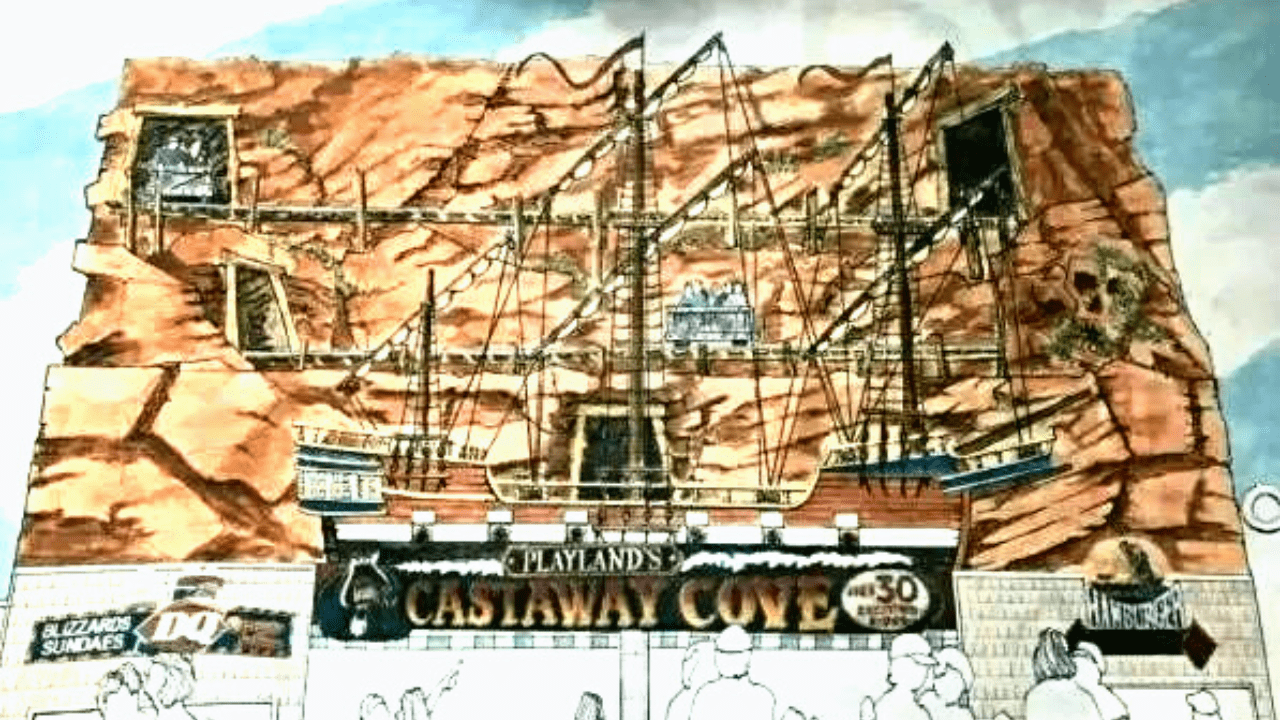 Their plans called for not only rebuilding the arcade and the pirate ship but also a rollercoaster.

The rollercoaster, which doesn’t have a name at this time, would be a two-floor coaster and would sit above the arcade.

Castaway Cove did mention that this project would be broken down into phases. The first phase would see the reconstruction of the arcade and the business’s next store.

Phase two, which could be completed by summer 2024, would be adding in the coaster. It’s not clear which phase would see the return of the pirate ship.

Construction started on the new building back in August 2021 when new steel pilings and concrete pads were installed.

It wasn’t until a few months ago that metal beams started going vertical. The delay wasn’t commented on by Castaway Cove but it was mostly slowed down due to the lack of entrance to the work site due to the southern street ramp. 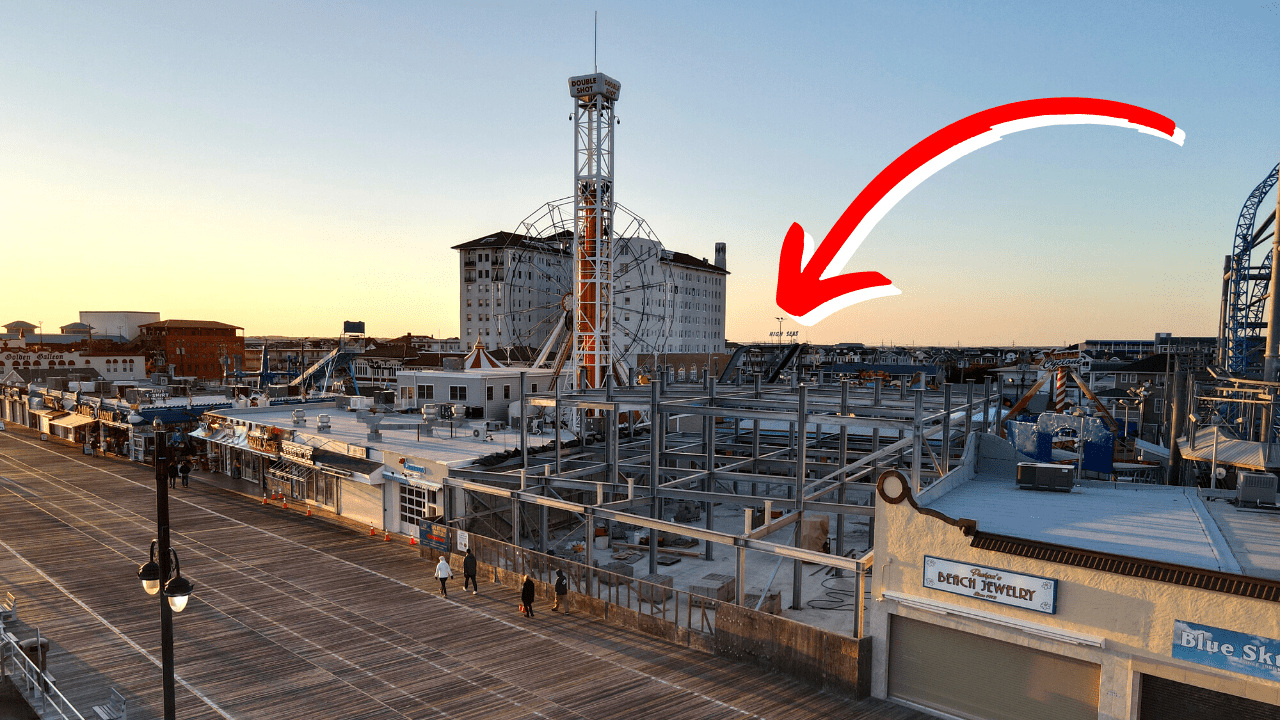 As part of our new 2023 vision to include more Jersey Shore towns in our reports, the Wildwood Video Archive visited Ocean City to film the progress of the rebuild.

Below is the construction update video. Before you watch please consider subscribing to the Wildwood Video Archive.

On our Youtube channel, there is a bonus video from Ocean City. Due to the WVA being in Ocean City too late in the day a sunset video was very appropriate.

Check out these other videos and articles