For the past several months we have been giving you video updates on the Wildwood Boardwalk reconstruction project. (see the latest at the bottom of this article)

While it was projected to be completed in the second week of May, today we learned that stage one of the project will be done on Friday and will be back open for the public. 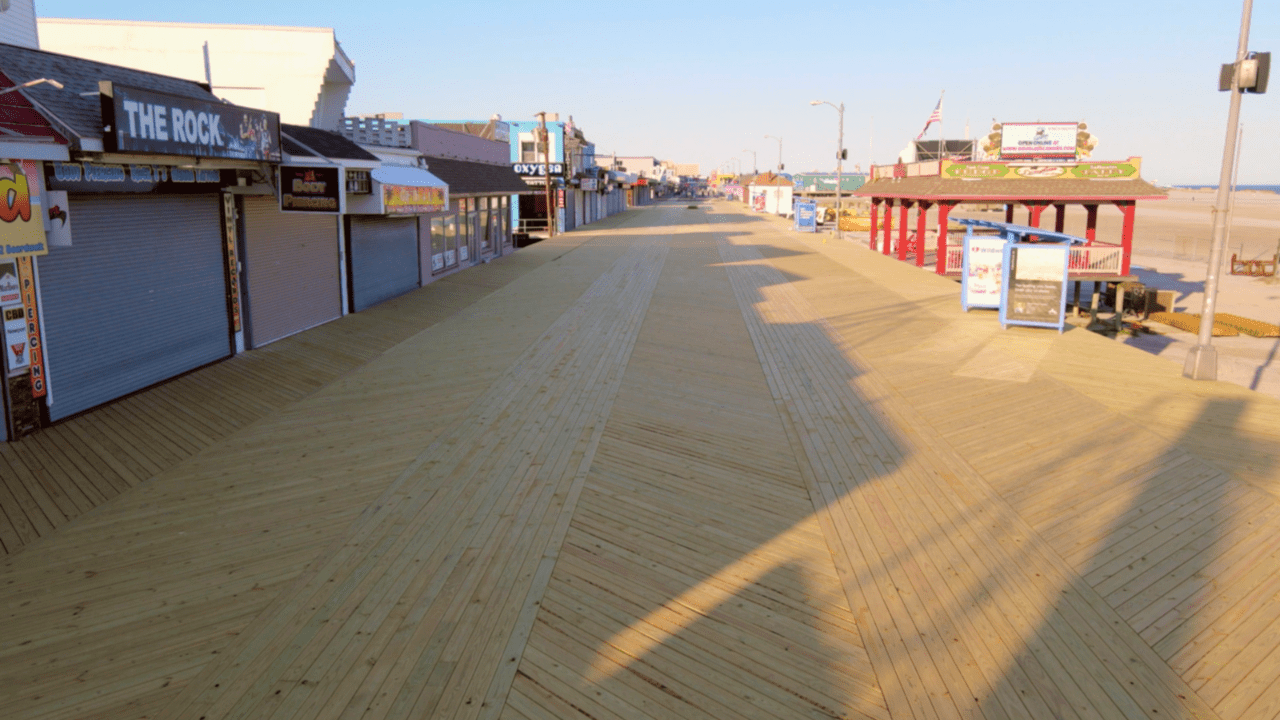 This was only the start of a 5 year 25 million dollar project which would see the entire Wildwood boardwalk renovated.

The workers do it by ripped up the old boardwalk on top, removing the tramcar pathways, fixing the existing concrete, and laying new wood on top. (that’s the simple way of putting it)

Stage one only included the three blocks between Oak ave Maple Avenues and was funded by the Governor’s FY 2022 budget at a cost of $4 million.

The new stages of this reconstruction project will start as soon as the shoulder season ends in October.

This new step (phases 2) will include 5 blocks of the Wildwood boardwalk from Maple Avenue to Magnolia Avenue.

This past week the city announced that this next stage would be partly funded by the US Economic Development Administration. USEDA had awarded the City of Wildwood $3.2 million for the project.

Another 4 million will be given to the city via the a state grant proposed in the Governor’s FY 2023 budget. The city has been making it a point to have this project completed without having the full burden of the project fall on the local taxpayer.

A grand reopening ceremony will take place later on in the month.

Below is our latest video update from April 20th of the Wildwood Boardwalk.

Before you watch please consider subscribing.

Welcome to the Wildwoods Pon-tiki Charters