We have gotten several reports about foreign sea creatures that have been popping up and down our coast from North Wildwood to Cape May in large packs.

People had described these creatures as blue shells with a thin clear fin. Just recently Donna Galderisi Suter posted a photo of them online and we were interested on what these things were. 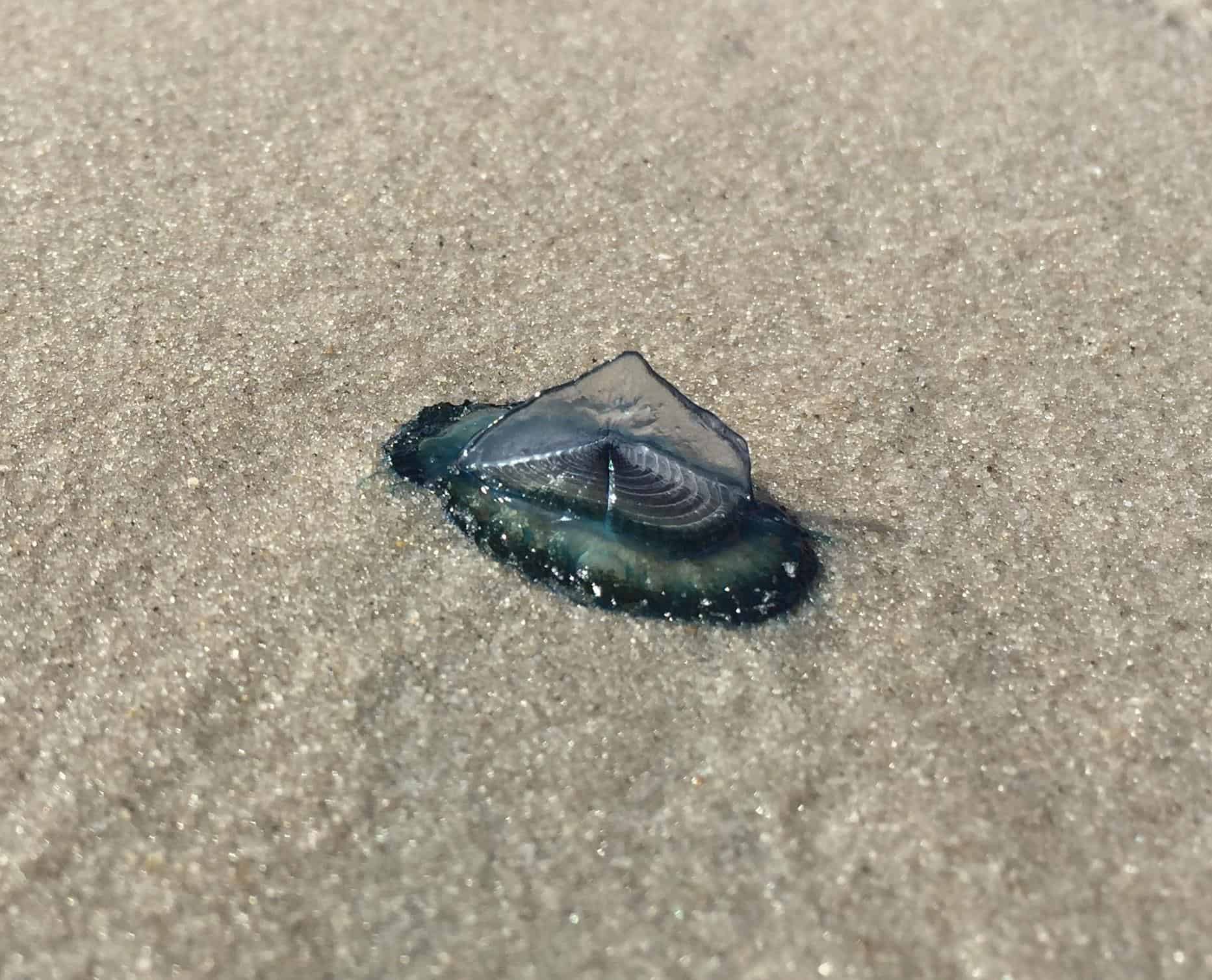 You are looking at a Velella or what it’s better known as, sea rafts. These are a relative of jelly fish that live on the surface of the ocean. They may look like the Portuguese man o’ war jellyfish that we had seen a few weeks back but they are far different.

You can learn about the Portuguese man o’ war jellyfish by clicking the link below.

Portuguese Man O’ Wars Are Washing Up In New Jersey

Velella feed on zooplankton and can grow up to 7cm. The blue clear fin on the Velella is a sail that help push the sea rafts along the surface.

You mostly see Velella on the beach when there is a strong wind blowing to the West (in our area).

They are mostly found on the West Coast (from Alaska to Mexico), the North East Coast (our area), the Gulf of Mexico and in the waters around England and Ireland.

To humans they are harmless. They do sting but it’s to capture very small prey.

Learn more about Velella by watching the video below.