From Jan 17, 1920 – Dec 5, 1933 prohibition hit the country hard. With a full government support there was a ban on the production, importation, transportation, and sale of alcoholic beverages. The government trusted local law enforcement to carry out the law of removing and discarding all and any alcohol. 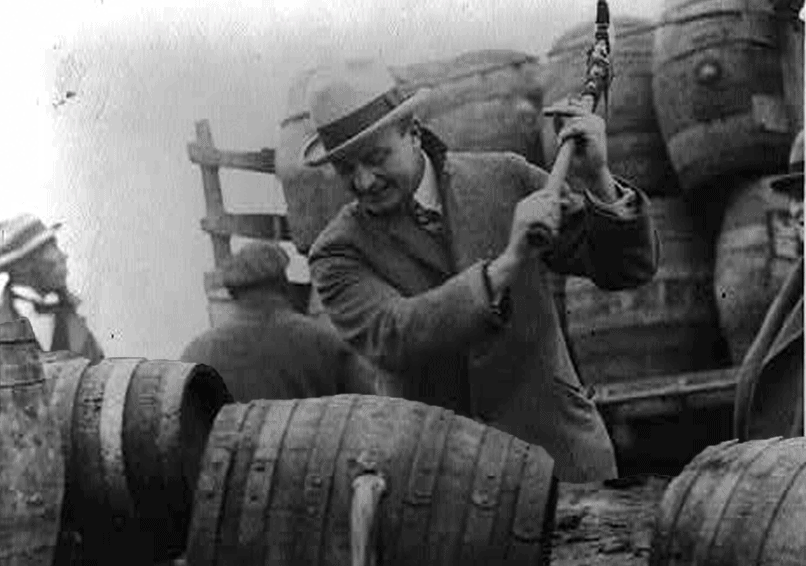 According to historians, New Jersey residents welcomed Prohibition at first thinking that it would reduce crime, improve health, increase safety and raise public morality. The New Jersey state senator, Edward Edwards, was against prohibition and made his message heard.

Just a few years after the law passed things took a turn away from following the rules. .Jersey’s shorelines became crime ridden full of illegal alcohol and moonshine. The small waterways, unregulated bays and lack of police made the shoreline perfect for bootleggers and rumrunners.

Bootleggers like Frank Hilton, who was born North Wildwood, had been arrested in 1932 for bootlegging in Anglesea and bringing it up to Philadelphia.

Hilton would meet up with ships three miles of the coastline and bring the alcohol on to shore at night. Some say that they would drop alcohol off on an island outside Anglesea which would later gain the name champagne island.

It was in one late night on March 18th 1929 when US Coast Guard officer Frederick W. Swimme, was patrolling the Cold Spring Harbor. Captain Josh Shivers had just sailed his boat, the Nautilus, alongside the pier when he was approached by Officer Swimme.

Captain Shivers had just arrived from Florida and Officer Swimme had heard reports that Cap’n Shivers hadn’t had a very prosperous season at Long Key and suspected that he might be carrying a little liquor to even things up.

Swimme poked about the Nautilus pretty thoroughly and was somewhat vexed on coming on deck to see a big packing case being hoisted overside. When asking the deck hand, Harry Countess, what was in the package, he said 280 Alligators.

Swimme was skeptical as why would they be bringing Alligators from Florida to New Jersey.

Shivers said that he had brought the alligators north to sell in pet shops, with the exception of Lizzie, a five-foot ‘gator, which is consigned to Emerson Brown, superintendent of the PhiladelphiaZoological Garden.

Swimme seized the case and shook it, inclining his head to listen for the clink of bottles. There was no clink of glass, but, under the shaking of Swimme, the case fell apart and 280 snapping alligators came falling out.

A group of Shivers friends was on the pier to meet him. They scattered in a panic when it began to rain alligators.—all except Horse Mackerel,  Sam Johnson, who has acted as fishing guide for Zane Grey for years. Horse Mackerel is used to alligators and he dived into the writhing mass immediately, sweeping them back with both arms from the edge of the pier.

About 200 of the ’gators were recap-tured by hand or with the aid of crab nets, but enough got away to found a healthy colony in the marshes here abouts if they can survive the frost.

Did you ever know that this happened? A cool little history about the Wildwoods that you never knew!

Check out these other history videos and articles.