Let’s be honest for a second. Through-out the history of the Wildwoods there have been some amazing amusement companies that graced the Wildwood Boardwalk. From Fun Pier, Marine Pier, Hunt’s Pier (Old and New), Sportland Pier, Playland, Casino Arcade and Morey’s Piers, there have been endless amounts of amazing rides and countless memories made, but some of those rides stick out as being the best. We decided to do a new segment where we ask our Wildwood readers what their favorite “lost” ride was from a certain amusement timeline.

To start it off this is what we did.

Last week we surveyed our Wildwood Video Archive Newsletter members and asked them what Morey’s Piers ride, that is no longer around, do you miss. We had gotten over four hundred (400) responses. Out of those responses we totaled up to make a top 10 list.

10. Morey’s Pier’s Hunted House
Debuting on Morey’s Pier in the summer of 1973, this Hunted House was really one of a kind. Those who have gone inside would remember the freaky things that lived inside such as Blackbeard, Frankenstein or the Mutant. 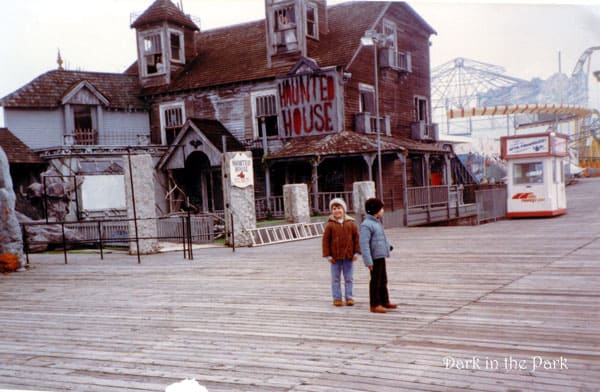 9. Star Trek: Journey to the Planets of The Apes

In 1975 the Star Trek” Planets of The Apes was a one-of-a-kind attraction which allowed riders to travel through space until their ride was cut short by apes who would attack the crew. (Interesting fact, this ride was changed to Star Wars in later years.)

Start the Video at :40 to see the Journey to the Planets of The Apes

8. The Spirit of 76
For this ride, Morey’s Piers purchased a real duel engine plane that they retired and placed on top of the pier. It was ninety-four (94) feet from wing to wing and was very eye-catchy on the pier. Once inside you would sit down and watch a flight over New York City of the Grand Canyon.

Added in the summer of 2000 it replaced the Jet Star Coaster. The coaster would take you 35mph over three crazy curves. The ride would only last about 54 seconds. The RC-48 was replaced by the Doo Wopper as Morey’s wanted to keep another coaster on the boardwalk.

6. In Concert
Debuting in 1975, In Concert was a great ride that had riders sitting in the middle holding on for dear life as the ride (a record) spun faster and faster trying to knock you off. I’ll be honest and say that I don’t think this ride would work to well with amusement standards

The Breakdance was a very complex ride but was super fun. Riders would be seated in a gondola that spun and while that spun the platform spun. It was like a giant scrambler.

Start the Video at 1:13 to see the Breakdance.

4. KONG: (The First One)
KONG, was a fan favorite from the get-go. Stalled to be opened in the Summer of 1972, KONG would sit 25 feet tall and would terrorize riders who flew in biplanes around him. 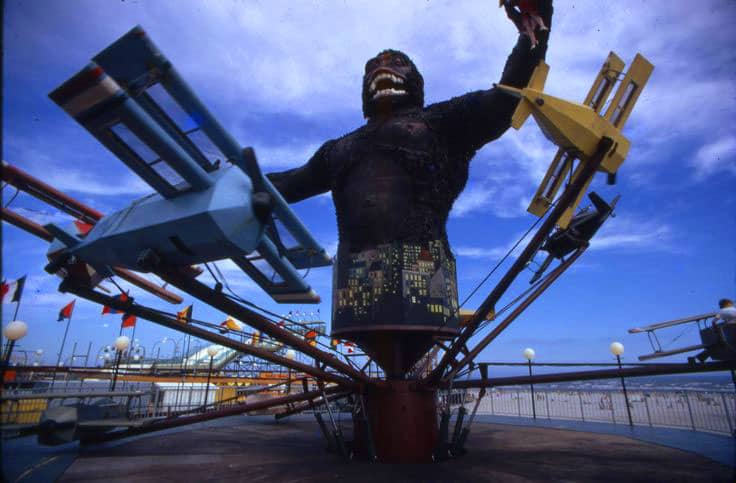 Start the Video at 6:19 to see the Jumbo Jet

In the summer of 1988, Morey’s added the iconic Condor ride. The Condor pulled riders up a 115 foot tower while spinning and providing a great 360 degree view of Wildwood. The Condor lasted until 2011 when Morey’s said that the cost of maintaining the ride was over a million dollars.

This is the ride that started it all, the Wipeout. In 1969 Morey’s Piers made their debut with the 15 lane fiber glass slide. This was the most requested ride cited from our email list and we have to agree!

Check out our other wildwood Videos below!

Wildwood Boardwalk In The 1970s