Why Was The Christian Admiral Hotel Demolished?

At one time Cape May had one of the largest and grandest hotels in the World. Strangely enough, it was built during a time when no one wanted to visit Cape May.

The Christian Admiral Hotel was first constructed between 1905 and 1908 as Hotel Cape May.

The grandness of the hotel was something out of a Great Gatsby movie. The lobby had a glass-domed ceiling, faux marble columns, and a hand-laid mosaic marble floor. 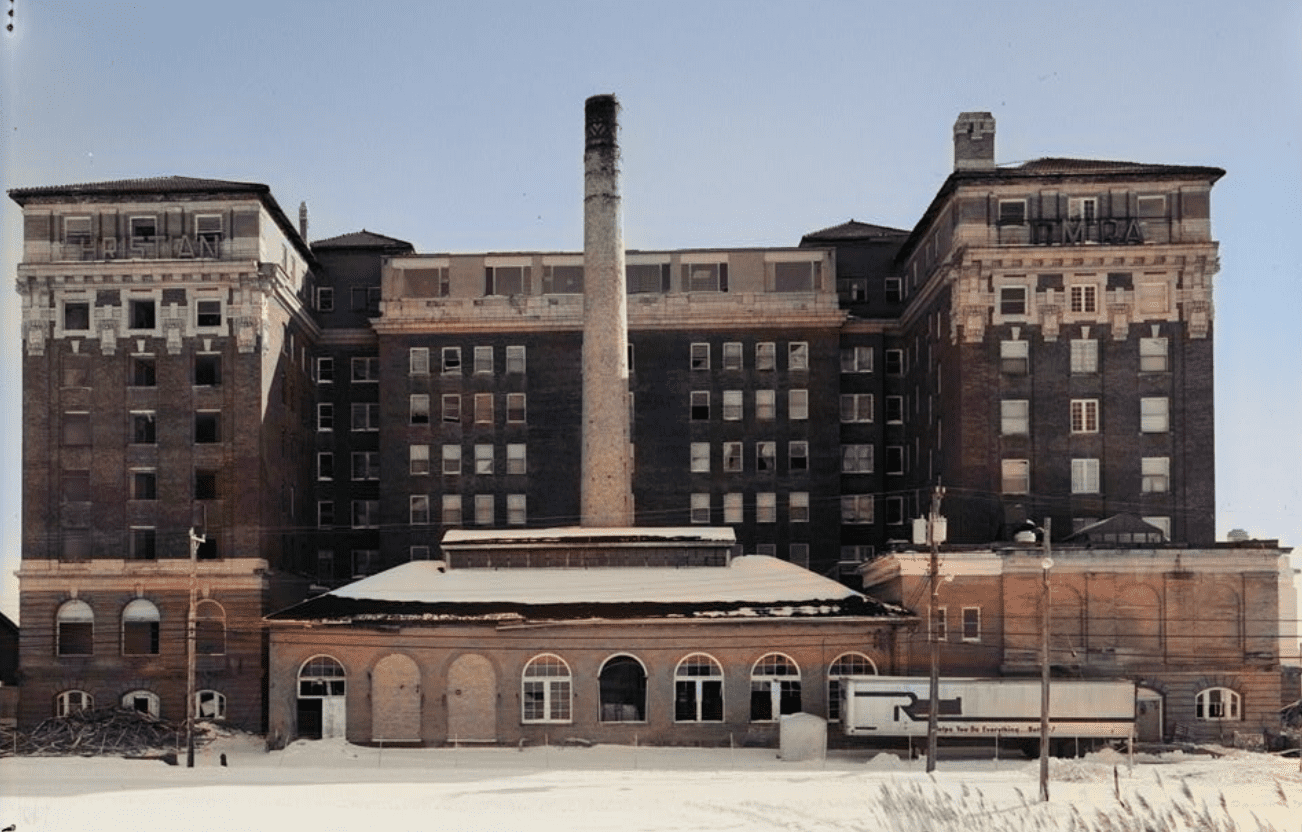 Hotel Cape May had many features that not too many hotels had including central heating, electric lighting throughout, and a full fireproof building.

It cost roughly one million dollars to build which would be thirty million today.

The main reason behind building such a grand hotel was to drive wealthy visitors to the city.

One year after its opening though the building went bankrupt. The building was sold to Nelson Graves, who was a successful paint and varnish manufacturer in Philadelphia. In 1914 Graves would also declare bankruptcy.

That same year The Great War, (World War I) started and the hotel was used as a military hospital. (Again During World War II)

When the war ended Frank Schroth purchased the hotel and renamed it The Admiral Hotel. Once again the hotel was mismanaged and went bankrupt in 1931.

In 1962 the Christian Beacon Press, a religious group headed by the Rev. Dr. Carl McIntire, purchased the building. McIntire renamed the hotel to the Christian Admiral.

Unfortunately in 1990, the Christian Beacon Press filed for Chapter 11 bankruptcy. They were in debt up to $3.5 million to Resolution Trust Corporation.

By this time they were running the Christian Admiral and Congress Hall. They had to choose between which building to upkeep.

In bankruptcy court, the judge declared that both hotels would have to be sold by April 1st, 1993 o pay their debts.

Due to the condition of the Christian Admiral, the building was only valued at just $120,000 while the land it sat on, seven acres, was world roughly five million.

The judge gave Christian Beacon Press until December 1993 to sell pay the debt or sell the land without the hotel. 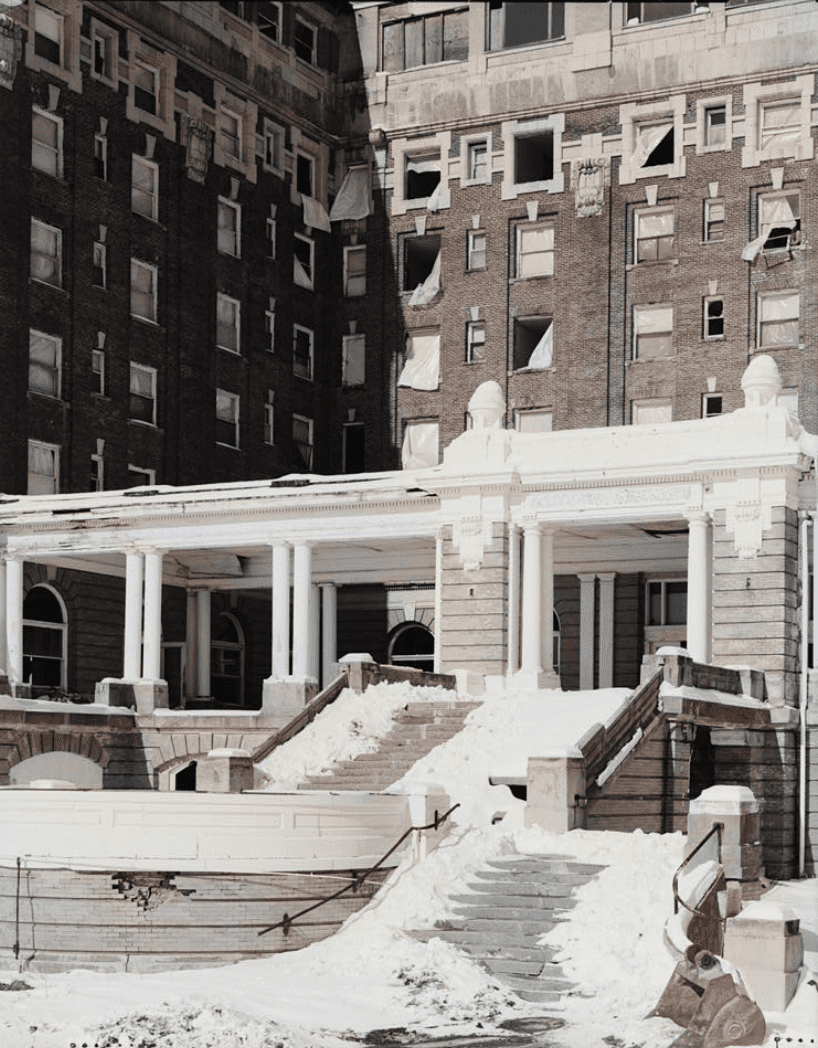 When December hit Christian Beacon Press was granted a demolition permit for the Christian Admiral.

The city didn’t want to see the building go to they gave the public a six-month period before demolition. This would give investors one last chance to save history.

Senior Living Centers in Cherry Hill showed interest in purchasing the property. Their president Steven Scherfel, wanted to turn the building into a continuing-care retirement community.

With no sale in place, the Christian Admiral was demolished the following April 1996.

In this video below you can see the hotel in its prime, abandoned, and its demolition.

The Waterpark Wildwood NEVER Got