It’s incredible how much technology has advanced over the past year during the pandemic.

Technology had to advance in order for people to work from home.  I’m sure in some capacity your company introduce a new software program allow you to do your profession at home. (heck I wrote this article using speech to text) 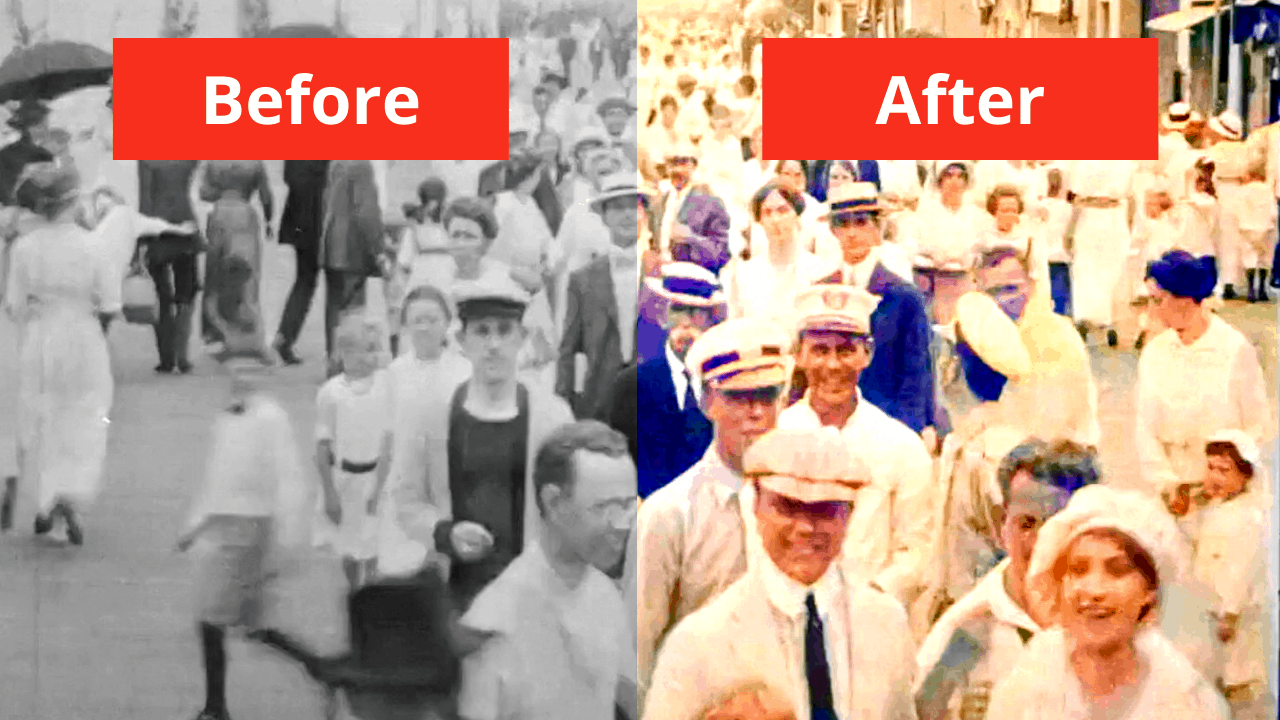 Why do I bring this up you might ask? Well it was during this pandemic that a few PC folks got together to invent new technology that uses artificial intelligence (AI) to help bring old footage back to life.

As you know we are in the game of finding old 8mm and 16mm films about towns in Cape May County, digitizing them and put them online for generations to enjoy.

Back in 2016 we introduced the oldest film of the Wildwoods ever created. It was filmed back in 1915 by Pathé News.

Pathé News created many newsreels and documentaries from 1910 to 1970 in the United Kingdom. They are best known for their coverage of the World Wars.

The Wildwood video they filmed on 16mm, featured many different parts of the island such as Casino Pier, The Wildwood Boardwalk, Ottens Harbor, many houses and a few parades.

When we uploaded it, it became a hit! (Now on to why we are bring this up).

A few months back we have been working on a way to bring that 1915 film into the 21st century.

With the new AI, we are able to bring the black and white video into color, in higher frame rate, in a larger size, stabilized and in high quality.

I don’t want to bore you with the technical side of the program but AI was able to make the video look smooth by recreating what it thought the object was doing in the frame.

We were able to get the footage up to 60 fps to create a super smooth video. On top of that we used a stabilizer so that it wouldn’t be bouncing around.

If you want to compare the different CLICK HERE for the original version we uploaded back in 2016.

In the original everyone looks like they are moving fast at 3 times the speed. The editor would do that because if played it at normal speed everyone would look like they were glitching.

Below is the new version. While the coloring isn’t perfect, it’s pretty darn good in some scenes.

If you enjoy it and want to see more PLEASE join our Patreon page. The money raised there helps me to create videos like this.