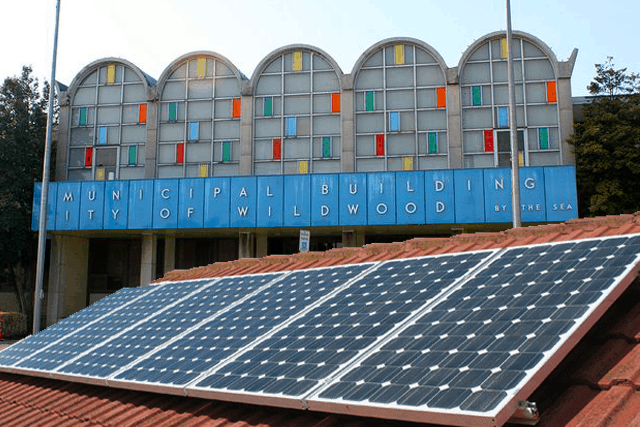 Wildwood To Could Go Solar

During a city hall being on November 15th, Wildwood Mayor, Ernie Troiano, introduced two representatives of the National Energy Partners, or NEP for short, to talk about the benefits of moving the City of Wildwood to solar.

The city is trying to find the best way to save operation costs and feel that solar energy could be the way to go. Recently solar farms have been popping up all over Cape May Country including Lower Cape May Regional High School.

Five years ago solar panels were proposed for the back bays but then the housing market started to get stronger and the city found that the land was better used to sell then to put solar panels on it.

What makes NEP so attractive is it’s little to no cost to the city to install. If agreed upon the NEP would design, finance and install the solar panels on city property at little to no cost.

The way it works is that NEP would install the panel and sell the power to the city at a low rate. This would save the city anywhere from 30 to 40 percent. This would bring taxpayer payments down slightly.

The location of the panels can vary around the city from city building to covered parking lots.

If agreed upon the city is required to have the panels for 15 years after which they can decide to terminate it’s contract or sign up for more time.

No final decision has been made yet on the contract.

What do you think about this? Is it a smart idea?? Comment below!!

Check out these other articles.