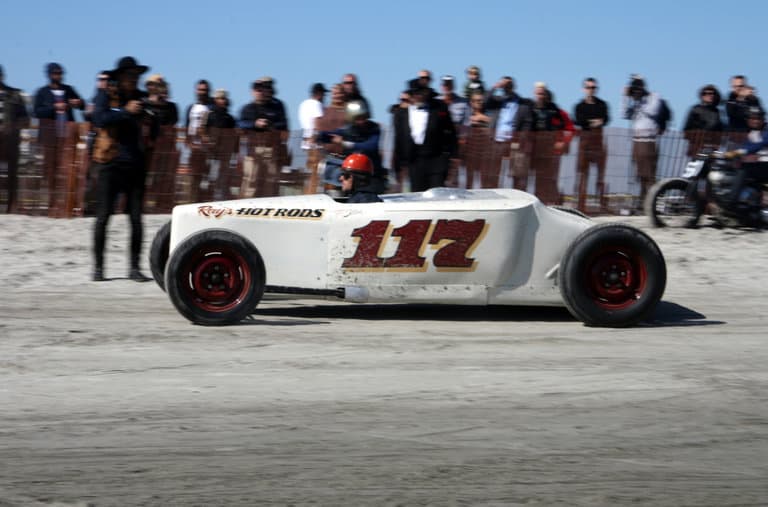 THE RACE OF GENTLEMEN will take over the island this week and includes five days of thrilling events. Wednesday at 6 PM, the Warsteiner Beach Party at PigDog located at Morey’s Pier starts the festivities. Thursday and Friday from 10 AM-6 PM brings the new TROG Swap Meet in Fox Park with vintage car and motorcycle parts, and the expanded car show down Atlantic Avenue between Rio Grande and Montgomery Avenue. Friday the weekend kicks off with the famous Night of The Troglodytes featuring the NOTT Chopper Show at the Binn’s Motel from 6 PM-1 AM. Racing is presented by Harley Davidson and kicks off Saturday and Sunday at 8 AM at Schellenger Ave Beach (Entry on Lincoln). The annual TROG Beach Party Bonfire takes place Saturday at 6 PM. The weekend will feature Warsteiner beers, a change over previous years. The new addition is set to be a success.

Check out these video below about The Race of Gentlemen.

To give you an inside look of the race we bring you a racing profile of one of the drivers. We introduce to you Randy Hayward from Detroit.

Through the look, feel, and smell of oil, gasoline and sand, Hayward is reconnected with the racers who started the experience on the beaches of America in the 1900’s. This weekend Hayward will race his 1929 Harley at high speeds down the beach for The Race of Gentlemen. As a racer with the event, Hayward feels a level of camaraderie that he hasn’t experienced since his time as an Airman in the United States Air Force. Each year, he looks forward to seeing his family of racers and enthusiasts down in Wildwood, as if it were a big holiday.

“The sense of family is genuine,” said Hayward. “In a healthy family every member wants to everyone else to be successful. Yes we’re competing on the beach against each other, yet we want to perform at our highest levels. When the TROG weekend is over, I excitedly look forward to the next event the same way family looks forward to the holidays so they can spend time with loved ones.”

In his first year, Hayward assumes he had the slowest bike but the experience made him feel as if he were zooming down the beach at speeds of 100 miles per hour. The bike he will race this year is a 1929 Harley with a 45 cubic inch motor, what he calls “Picasso”. His process started two years ago. The fully restored bike received its name after sitting in his living room on display as if it were a famous piece of artwork. It wasn’t until Hayward’s friend, an avid motorcycle collector that never rode, passed away when he decided not to stare at “Picasso” anymore and get it on the road.

“What inspired me to get into racing motorcycles of this era was the thought of what I call ‘pure racing’. There’s no computer technology, no CAD design, no modern creature comfort; just pure function and feedback between machine and rider.”