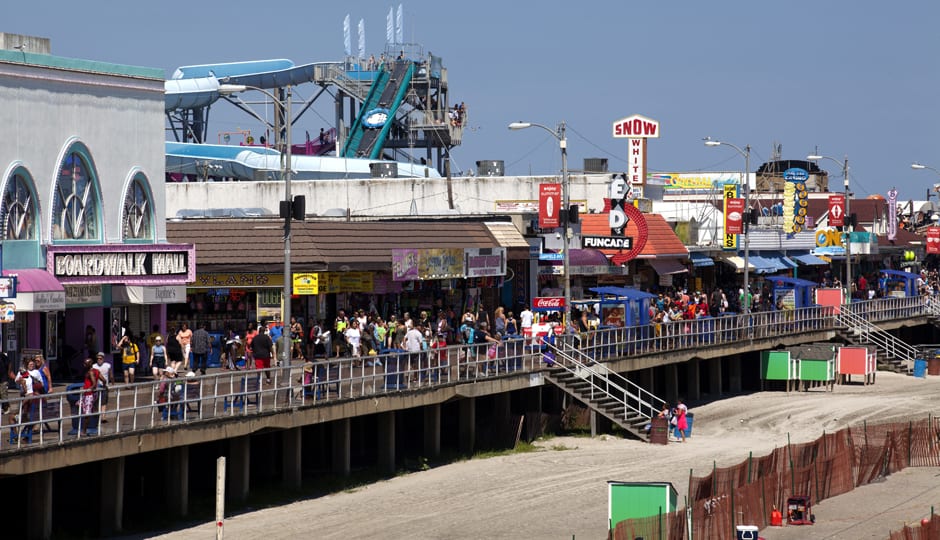 About a six months ago we had posted an article about the city of Wildwood hiring a city engineer to do an estimate on how much it would take to rebuilding the aging Wildwood Boardwalk. It had turned out to be a ton of money, roughly 64.5 Million dollars.

Before even asking the state for money our city officials took that time to sit down and see just how they could fund such a large project.

The city knew that if they were to spend the money on fixing the boardwalk they want to fix it right by rebuilding the concrete understructure, replace the boards and upgrading infrastructure such water piping, fiber optics, and sewer.

If approved, the project would call for a three phase construction period starting next fall in the off-season when the boardwalk isn’t populated. This would insure that no business would feel the effects of the construction.

Phase one would start in North Wildwood an replace 26th ave to Oak Avenue (25.5 Million) with phase two going from Schellenger Avenue to Montgomery Ave (20.7 Million) and finally finishing out Burk Ave to Cresse Ave (18.3 Million).

The sections of Boardwalk were oringally built under the Works Progress Administration and Civilian Conservation Corps, Depression-era federal programs to create jobs and build infrastructure.

In year’s past a large section of the boardwalk was replace from Schellenger Avenue to Oak Avenue. This section was surfaced with Brazilian hardwood. This section of boardwalk is a good example of what a rebuilt Wildwood Boardwalk would look like the entire length.

Do you agree with the money requested by the City of Wildwood? Is there something you would do differently?

Check out these Wildwood articles and videos

Walk The Wildwood Boardwalk in 360

Wildwood Boardwalk In the Snow!

Steak’em-Up Coming to the Wildwood Boardwalk