On Sunday a team of 36 people, including stranding network members from the Marine Mammal Stranding Center (MMSC), Atlantic Marine Conservation Society (AMCS), Mystic Aquarium, and MERR Institute, gathered to conduct a necropsy on a humpback whale that had washed up on the North End Natural Area in Brigantine. They were able to obtain the necessary samples of tissues and organs for further laboratory testing.

This was the 7th whale that has washed up on our beaches in a short amount of time. 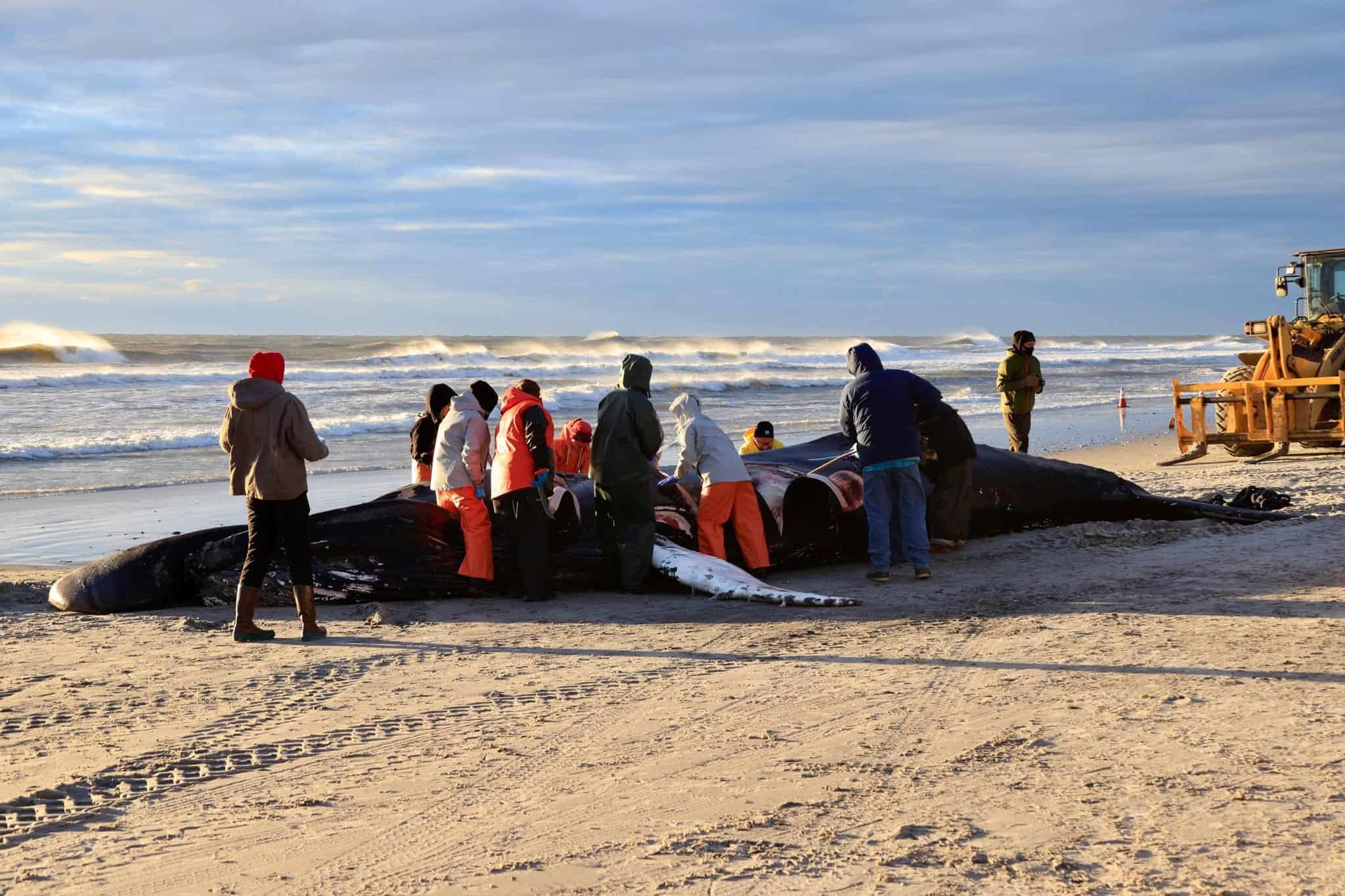 The whale, a female measuring 32 feet 7 inches and estimated to weigh about 12 tons, was found to have preliminary results consistent with blunt trauma injuries from a vessel strike.

Injuries and hemorrhaging were observed on the head, thoracic region, along the right side, and the pectoral flipper. These findings will be confirmed through laboratory analysis in the coming weeks.

The whale was in good condition, as indicated by the thickness of its blubber. The stomach was full of partially digested fish and there was fecal matter in the intestines, indicating that the whale had been actively feeding prior to these injuries. 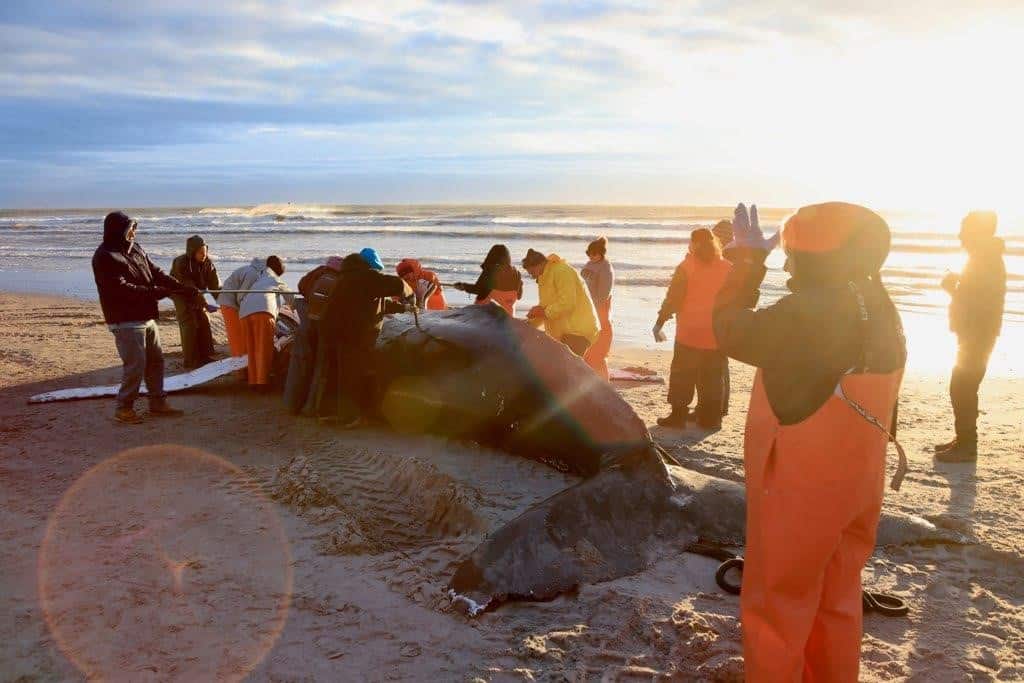 This young whale has been added to the study on the humpback whale Unusual Mortality Event that has been happening along the Atlantic since January 2016. As vessel strikes and entanglement in fishing gear are the largest known human threats to whales of all species, it’s important to continue to gather data to understand the issue.

Despite speculation, no whale mortality has been attributed to offshore wind activities at this point. The team advises boaters to go slowly (less than 10 knots) and keep a lookout for whales as there is currently a high number of large whales in the waters off New Jersey, likely attracted by prey. 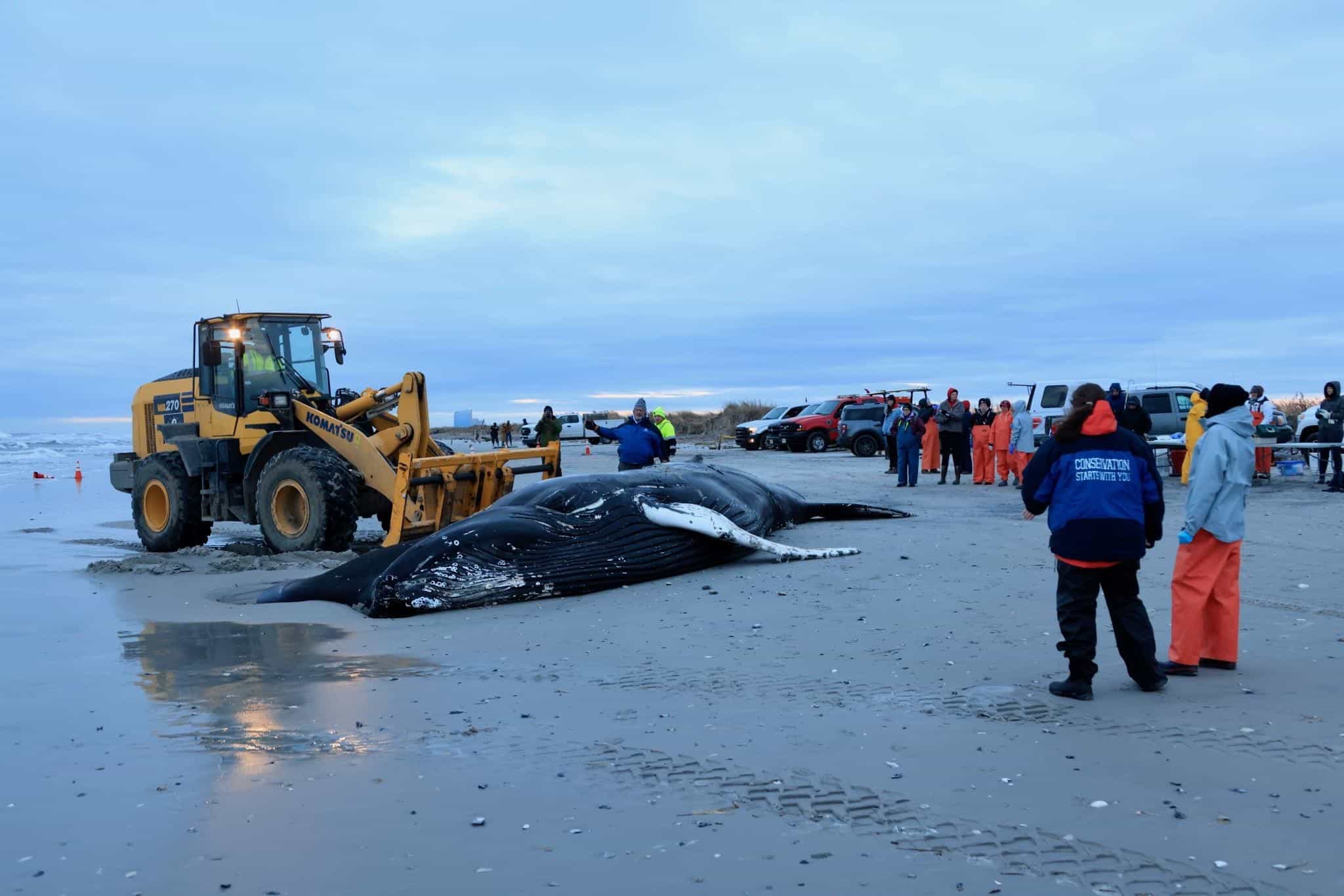 There is currently a voluntary slow zone in effect for the waters off New York and New Jersey, and active Seasonal Management Areas (where all vessels 65 feet or longer must travel at 10 knots or less) off the ports of New York/New Jersey and Delaware Bay.

The results from the other whales are still inconclusive as researchers are waiting for the results to come back. While these tests can take several months, those other whales didn’t have any physical marks like this female. This only makes the test results even more important.

In our video below we showcase some of the projects taking place around the Wildwoods.