Those who used to dance the night away at Moore’s Inlet may be able to have a piece of history, its neon sign.

Originally built in 1912 by Johnny Moore, it wasn’t until the late 1920s that they opened up a full fledge bar and lounge.

Here people could enjoy drinks on the Hereford Inlet. It was around this time that that area was known for its finishing piers, boats, and docks.

Hereford Inlet was for most of its time a big fishing port. During prohibition, it was in this area that bootleggers would drop off ‘the goods.’

This caused Federal police to search boats and containers as they would arrive. 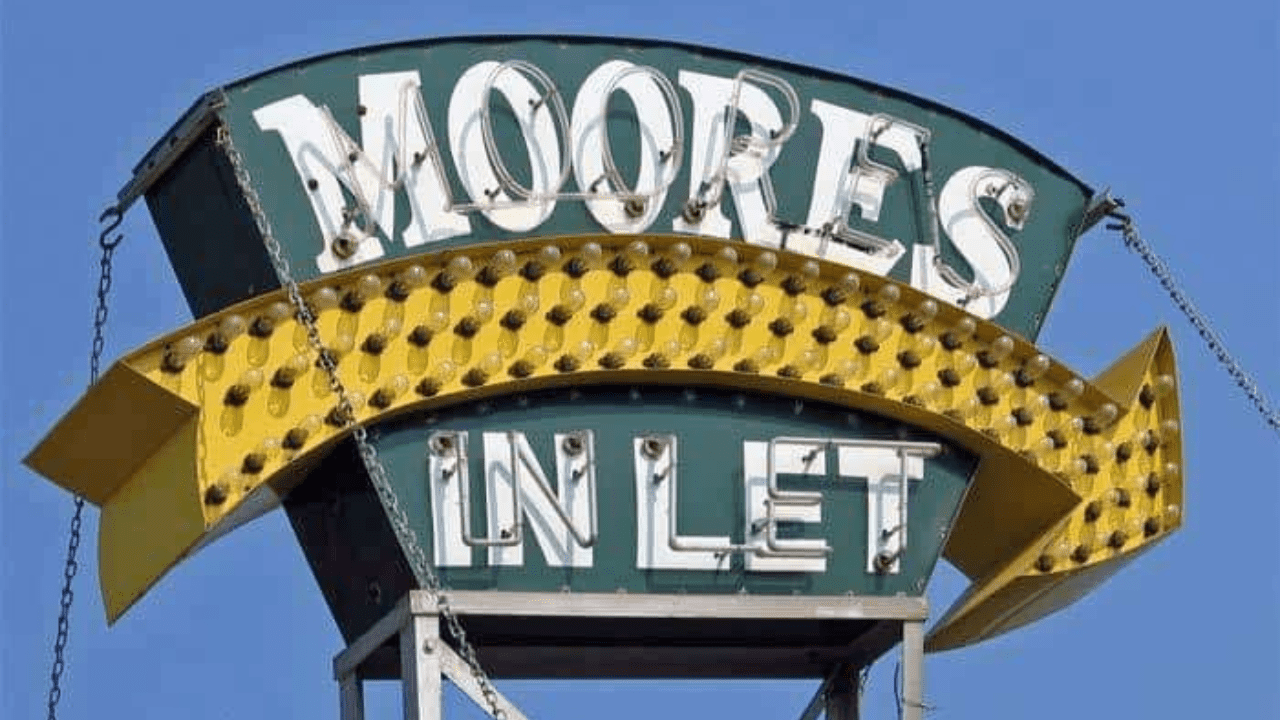 There was an instance where a Federal Officer mistakenly opened a box that contained baby alligators. That night people were trying to catch the alligators to put them back in the box.

If you want to read about that incident, click the link below.

The Moore’s Inlet bar and nightclub that we know today was established in the late 1970s and quickly became a popular destination for party-goers in North Wildwood. The club was known for its lively atmosphere and diverse music selection, featuring everything from disco and funk to rock and pop.

Throughout the 1980s and 1990s, Moore’s Inlet was a favorite spot for local residents and vacationers alike. The club featured a large dance floor and a state-of-the-art sound system, making it a popular spot for dancing and live music performances.

In the early 2000s, Moore’s Inlet underwent a major renovation and expansion. The club was modernized and expanded to include a VIP lounge and a rooftop terrace. The club also began to host a number of special events and theme parties, attracting even more visitors to the area.

Despite its popularity, Moore’s Inlet closed its doors in the mid-2000s, and the building was later converted into apartments. 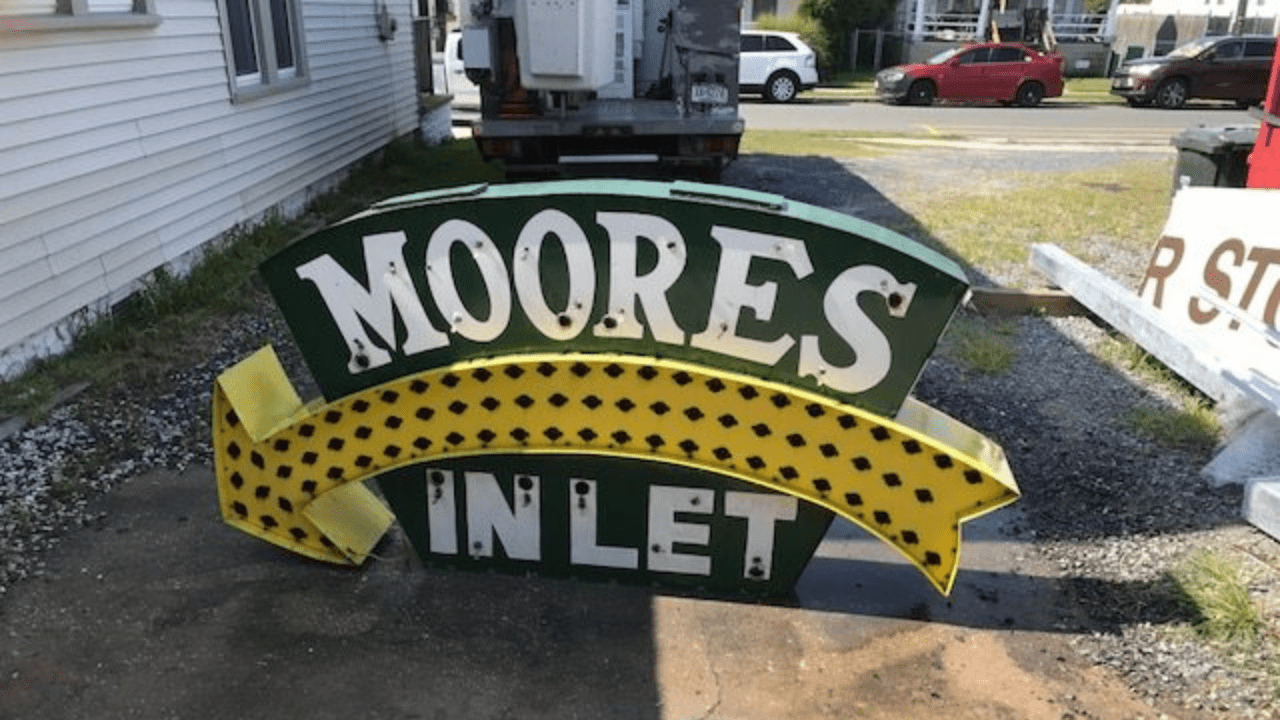 It turns out that after the building was demolished the neon sign that used to stand out front was saved.

Our friends over at ABS Sign Co, not only saved the sign but also stored it in their building.

On Facebook, they announced that “for sale, possibly the best Wildwood memorabilia ever, The original neon roof sign from Moores Inlet.”

The photo indicated that the sign is in great shape but is missing the neon and the light bulbs.

There is no information about when or what the price will be but it will be listed on eBay in the next week or so.

Be sure to tune back in later for more details.