It’s been a very hard week down here in the Wildwoods.

This past Sunday we learned that the Shamrock would be torn down to become a parking lot and the start of the demolition of the Lampliter Motel took place. 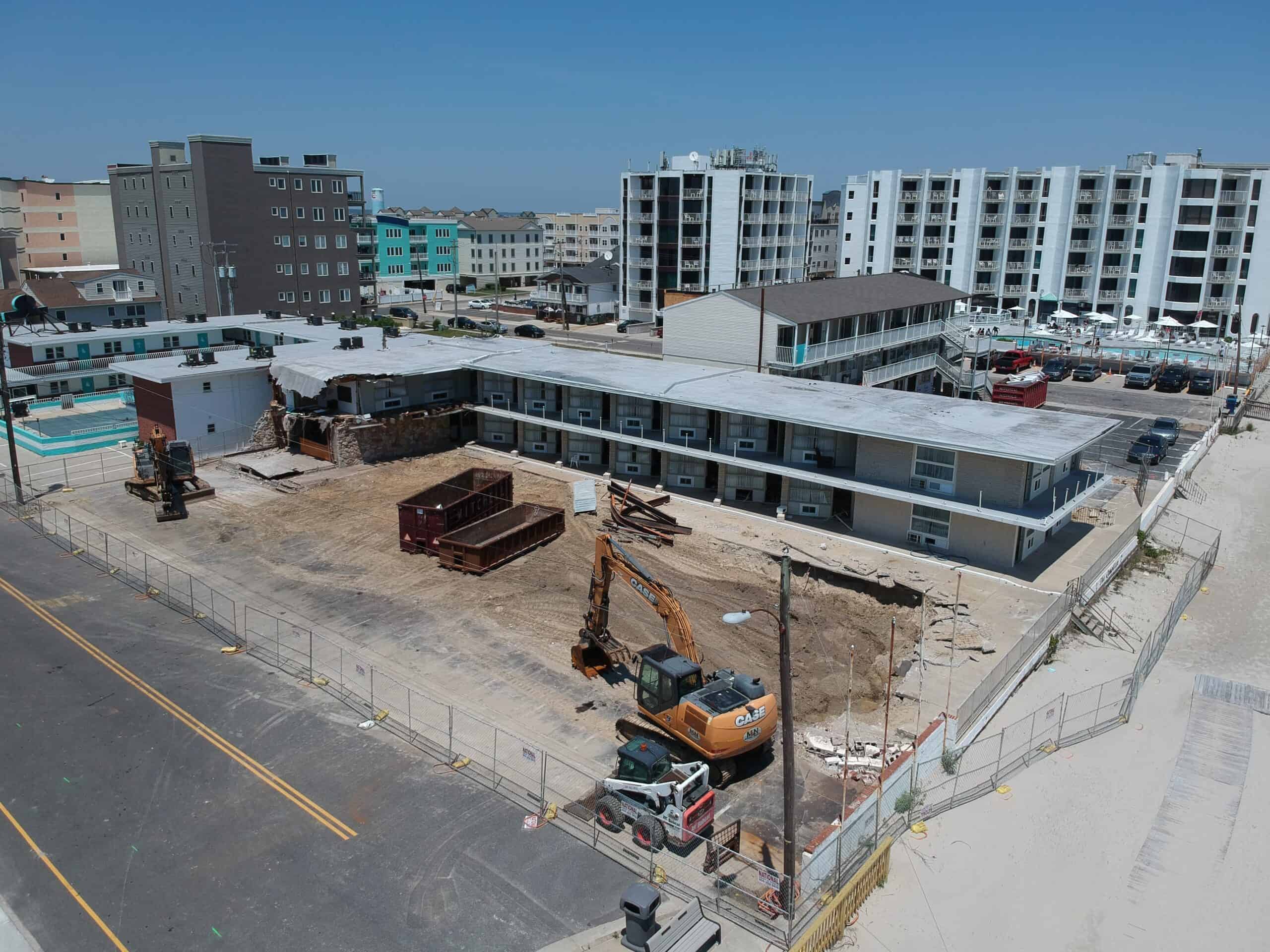 If you want more details on the Shamrock, or want to see a final tour of the building, click the link below.

Four months ago we learned that the Lampliter Oceanside Resort, which is located at 419 E Atlanta Ave in Wildwood Crest, had been sold and would no longer run as a motel.

They ran these motels for many decades as a husband and wife team. Unfortunately there was a death in the family causing which caused them to sell the properties.

The Wildwoods have the largest collection of mid-century motels (Doo-Wop motels) in the entire country. There are people who visit here just to stay in these motels.

The past owner of the Lampliter Oceanside Resort ran these motels in perfect condition and did most of the work himself.

We mention this because here in the Wildwoods we have a “sort-of rule,” that states that a motel cannot be torn down between Memorial Day and Labor Day unless the building is deemed unsafe.

If the building was in good shape then why is it currently being torn-down? Great question.

The new owner hired TJD Architects to do a survey of the property in which they said that “given the myriad serious problems with the physical building, and the high degree of potential risks that increase on a daily basis; the quickest and most effective solution to protect the public and adjacent properties would be to have the building demolished and the site secured”

In summary, he cited things in his letter such as needing to replace the railings, the roof, and other things one would expect from a motel that is over 60 years old.

To put things in perspective. The Singapore motel had significant damage to its main beam (South facing beam outside the building). That owner tried to pull this card and was told to fix it. As you see in our construction update videos they did just that,

So what happened here? (I’m actually asking you because we have no idea).

In touring both buildings last weekend I could only find heavy damage in the Oceanside motel building. That building is staying and is becoming condos.

As you know, we like to preserve history to the best of our ability. One of those ways we do that is by filming buildings before they are demolished so that we have a detailed archive of what once stood there.

Before you watch the video below please consider subscribing.