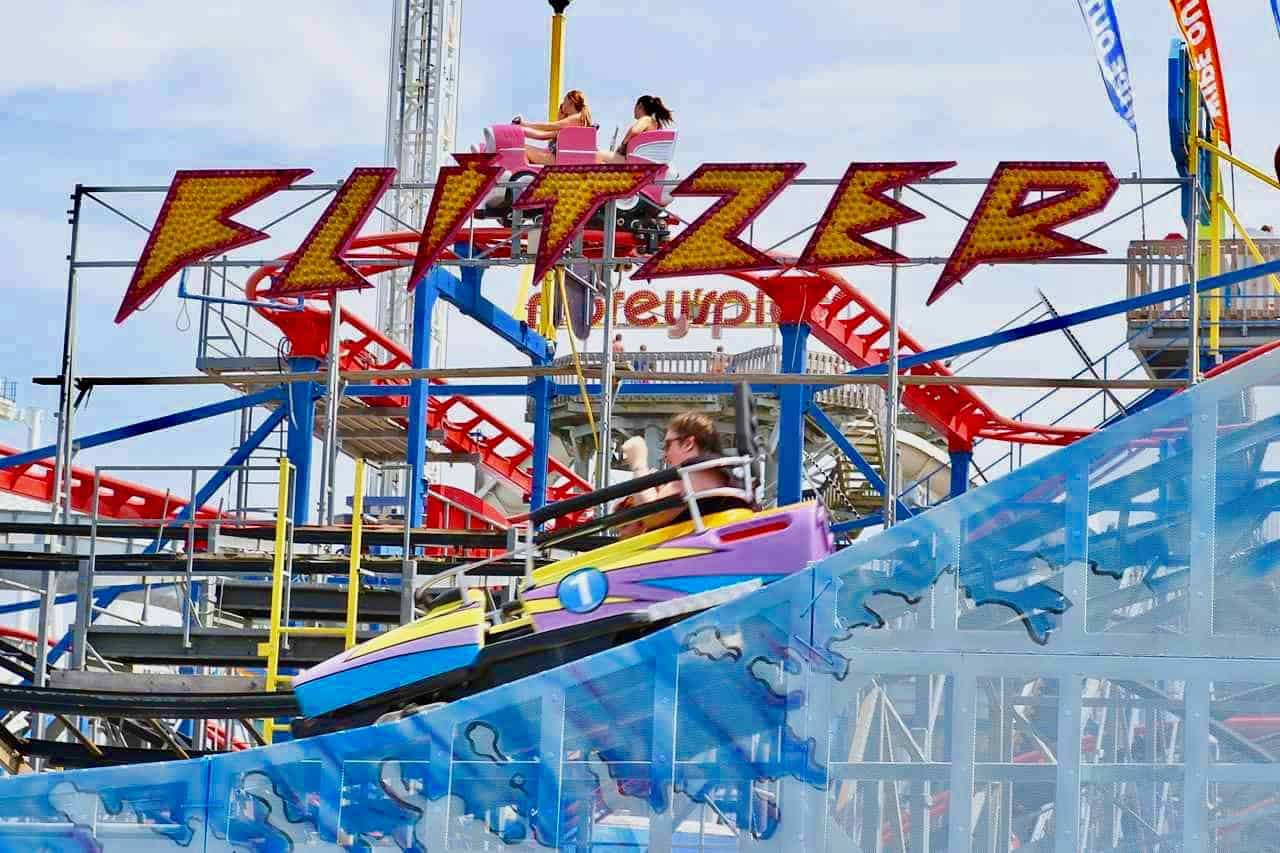 This is breaking news!!! Morey’s Piers just announced that they will be getting rid of the family roller coaster the Flitzer

The ride itself can handle 240 riders per hour with a ride time of 49 seconds.

When it was first placed on Morey’s Piers in was located in the middle of the pier. Below is a video of an point of view ride on the Flizter in 1995

In the 2004-2005 winter the Flitzer was taken down to be refurbished. They also changed the theme of the ride from space themed to surf themed. It was that year that the ride was moved from the middle of the pier to the right hand side. It took over the location of the old RC-48.

It is very sad to see this family coaster go but are excited for the future.

Join us at Morey’s Piers on Sunday September 23rd as we ride the Flitzer for the last time.

Check out these articles below!