Before I start this article, I would like to give a big thank you to Jackson Betz who provided the historical facts and information to make this article possible.

In the past month (December), The Wildwoods saw the fall of two iconic places. 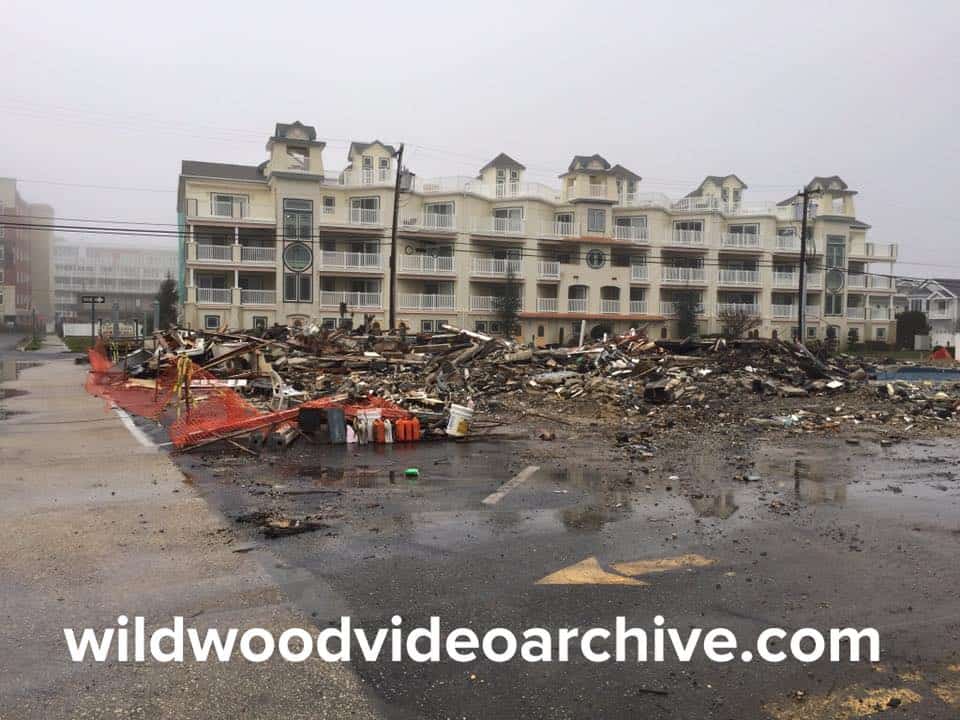 Some people question why someone would consider “The Lamp Post Diner” an iconic place when it hadn’t been open in over 15 years. I call it iconic because of it’s history here in The Wildwoods. I personally was too young to remember eating there even though I was told I had eaten there as a child, but I heard some great stories from fellow Wildwood enthusiasts. From The Lamp Post’s amazing pies that people ordered and had shipped around the country for Christmas to eating there after a long night at the clubs. Since 1948 The Lamp Post Diner had been a fixture in North Wildwood.

Take a trip back in time with me as we recall the history of The Lamp Post Diner. 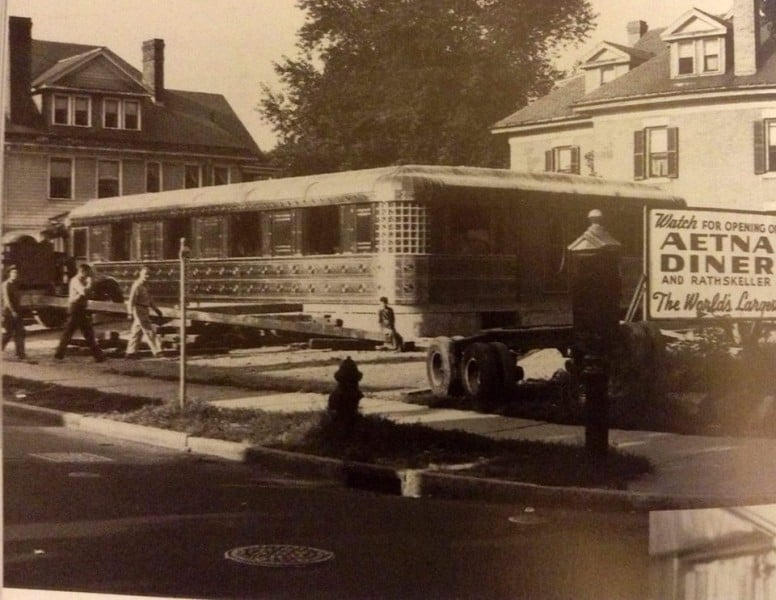 After Turner commissioned the diner, it took about 6 weeks for Paramount to build the diner and truck it down to Wildwood. What is interesting is the fact that the diner was original a stainless steel diner. I currently do not have a picture of what the diner looked like but Jackson Betz provided a photo of what a similar “sister” diner built by Paramount looked like. (Pictured on the left hand side)

This diner was called The Connecticut diner. Here you can see the installment of theThe Connecticut diner in the same fashion they would have built The Lamp Post Diner. Paramount would make the building in two pieces and would ship them in two large trucks down to their location. Once at the location, the half pieces were placed down next to each other and were welded together. This would make one complete diner. This was a construction method patented by Paramount in 1941. At the time of it’s completion, The Lamp Post Diner was called “The North Star Diner.”

The diner was unlike anything in Wildwood at the time. “It had a distinctive “kiss” roof and glass block corners [and the] inside was a masterpiece with Art Deco tiles, terrazzo, and Formica,” Betz said as he described what the diner was like when completed.

The North Star Diner was sold by owned Dee Turner in 1965 to Carmen Gentile. Gentile took what was already a great diner but build on a dining room and re-did the outdated stainless steal exterior and made it into more of a colonial makeover. Besides the cosmetic work the name changed to what we knew it as today, The Lamp Post Diner.

In the late 1960s The Lamp Post Diner changed hands quickly and was then owned by Nick Bazos. 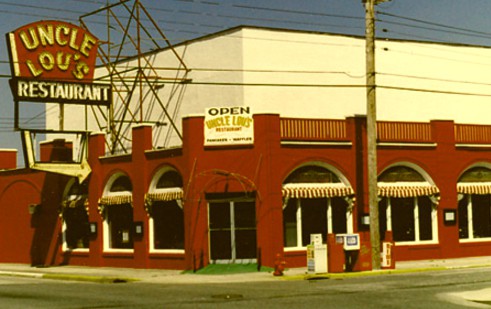 At the time Nick Bazos also owned Uncle Lous (Picture on the right).  Once again the diner changed hands again in the 1970s to Nick Mallous. Mallous was also a partner at the  Dolphin Restaurant at that time.

The Lamp Post Diner stayed open for the next 25 years until 2000 when the Mallous family decided to retire. The Moretti purchased it and had the windows boarded up. From there the building sat lonely and abandoned as shown in the photo below.

So we come back to the question I asked at the beginning of this article. Why don’t we see the rise of those kind of Mama and Papa places anymore?  Feel free to answer that in our comment section below also please like us on Facebook and Subscribe to our newsletter

If you have any ideas for new articles feel free to email me at wildwoodvideoarchive@gmail.com

Have a happy new year!!