It was roughly 20 days ago when a listing for a well-known ride went up for sale online. This listing, which didn’t have photos at the time, was for 4 electric boats with 40 additional counter-mount air-powered guns.

Many speculated what this ride was and was worried that it was going to be a New Jersey ride. The answer revealed itself when photos appeared with the listing showcasing Morey’s Piers Boat Tag. 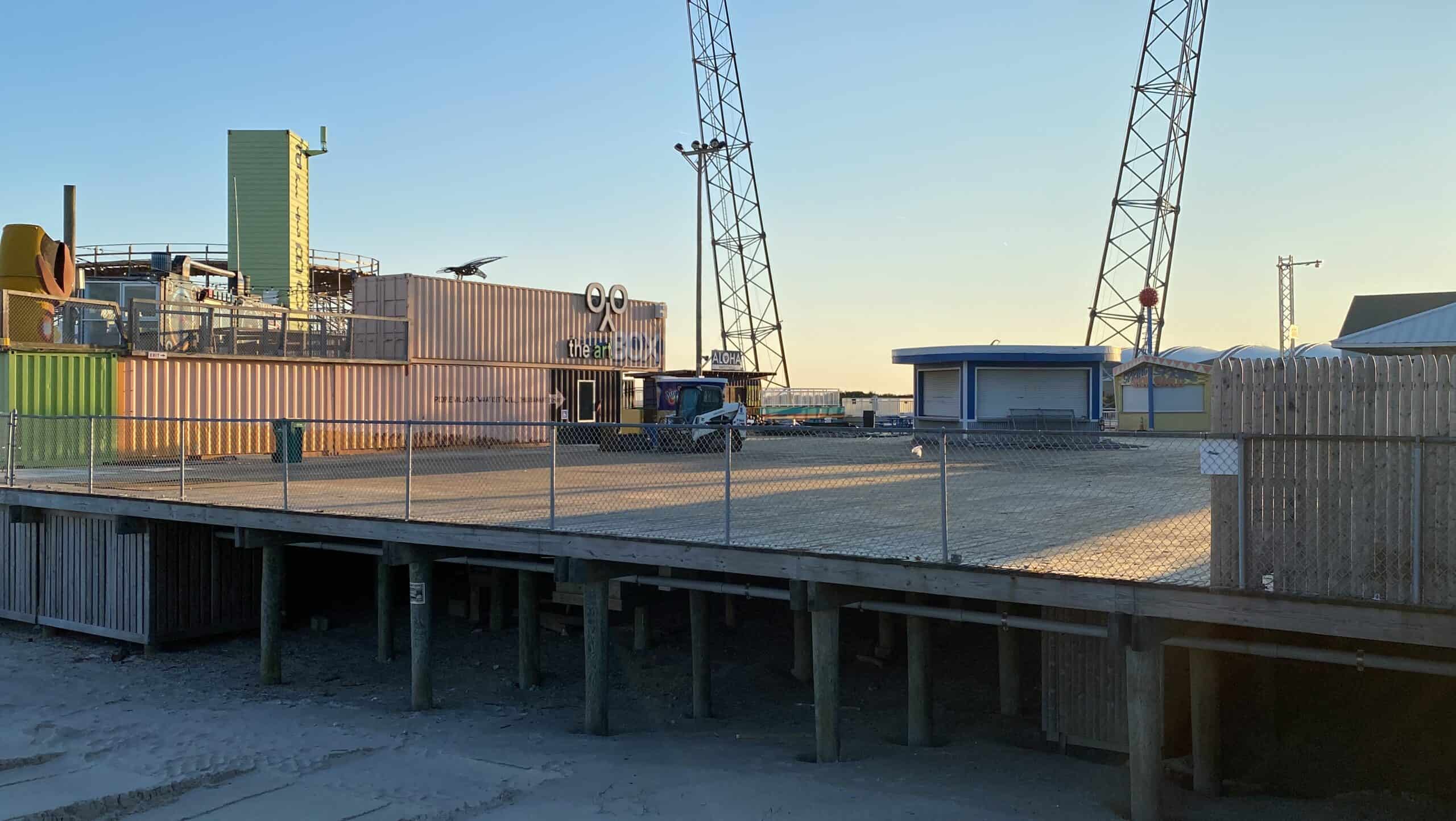 Located on Morey’s Adventure Pier, Boat Tag had been a staple on the pier all the way back when it was called Wild Wheels. Its position hadn’t changed much since it was installed but attractions around it surely did.

For those who remember, the batting cages used to be behind the main building. In the 90s most amusement complexes in New Jersey had these cages but were quickly phased out after folks kept on breaking fingers. (my sister included).

Boat Tag for some was classified as a ride since you could pay to ride and drive inside one of the boats. Others feel this was just a game yet did anyone notice that there were no prices? 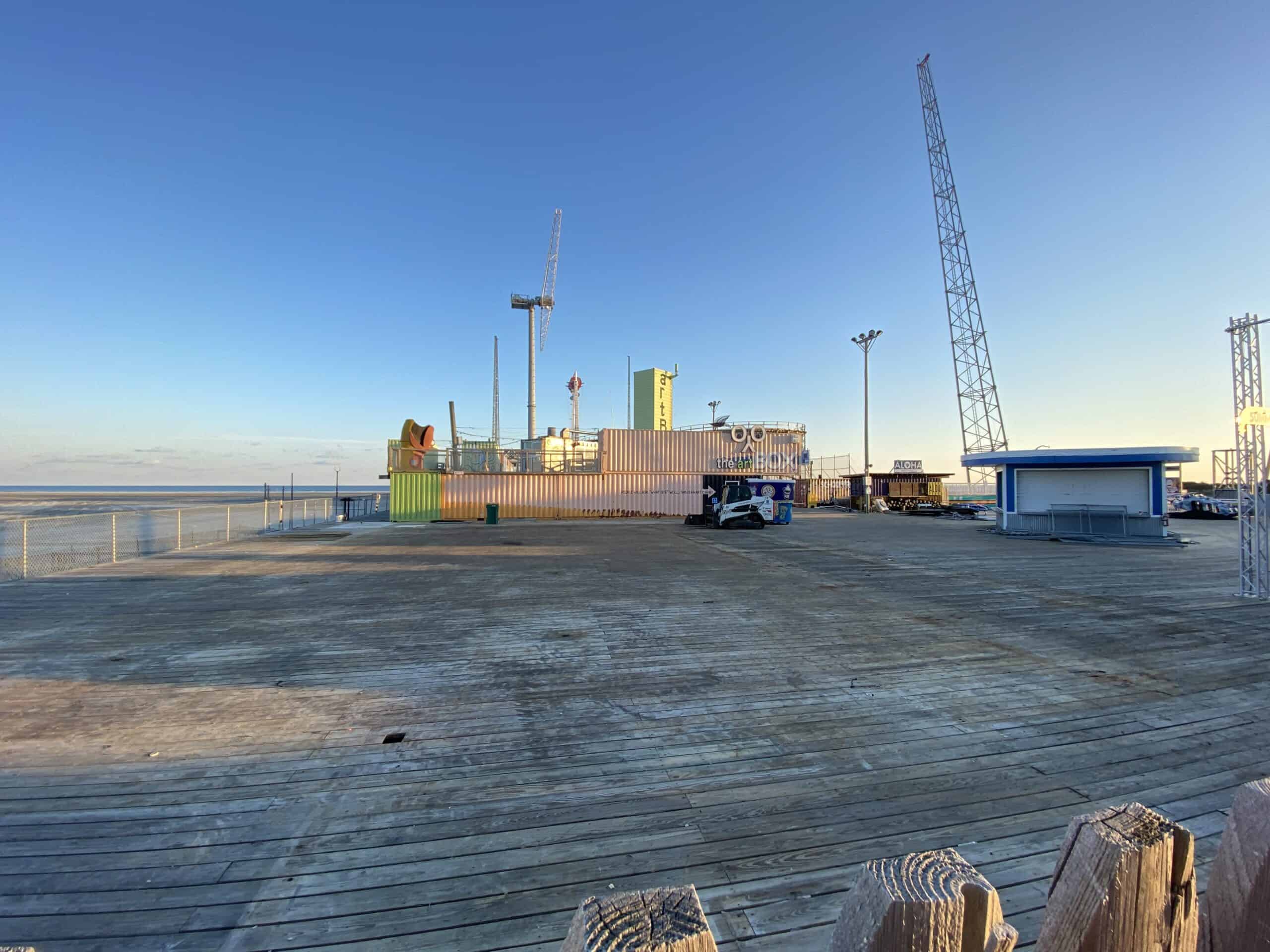 Listed as a classic early 1990’s Amusement Park High capacity revenue producer,” the Boat Tag doesn’t have a listed price but rather the best offer sign.

At this time there is no word on if the ride has been sold or is still looking for the perfect home.

The Wildwood Video Archive stopped by last week to get some final pictures and videos from the ride but was surprised to find that it had already been removed from the pier.

You can watch that video at the bottom of the article.

It looks like Morey’s Piers had removed the ride before the posting was even made available online.

The WVA did reach out to Morey’s Piers for a comment on this big change but at the time of publication, they have not responded.

The footprint where Boat Tag had once sat was a massive part of the pier. According to Google Earth, its size was roughly 2,800 square feet.

With no exact news or press release from Morey’s Piers, the WVA can only assume this is part of the Food Hall proposed during the pandemic.

In June 2020, Morey’s Piers appeared at the Wildwood Planning and Zoning board with plans for a massive Food Hall.

The application said this about the food hall;

“It is the intent of the applicant to remove the existing Kohr Brothers, water arcade, and two kiosks at the front of the pier. The existing Art Boxes are to remain. The number of containers will be expanded to include food and alcoholic beverage service. The boxes may be containers, trailers, or food trucks. There will be 14 additional containers up to twenty feet and 11 additional containers up to forty feet. It is also the intent to license the entire pier area for alcoholic beverage service.”

To break this down you can see they plan to remove all the front-facing buildings and also the ‘water arcade.’ Without really calling it by name this is the Boat Tag ride/game. 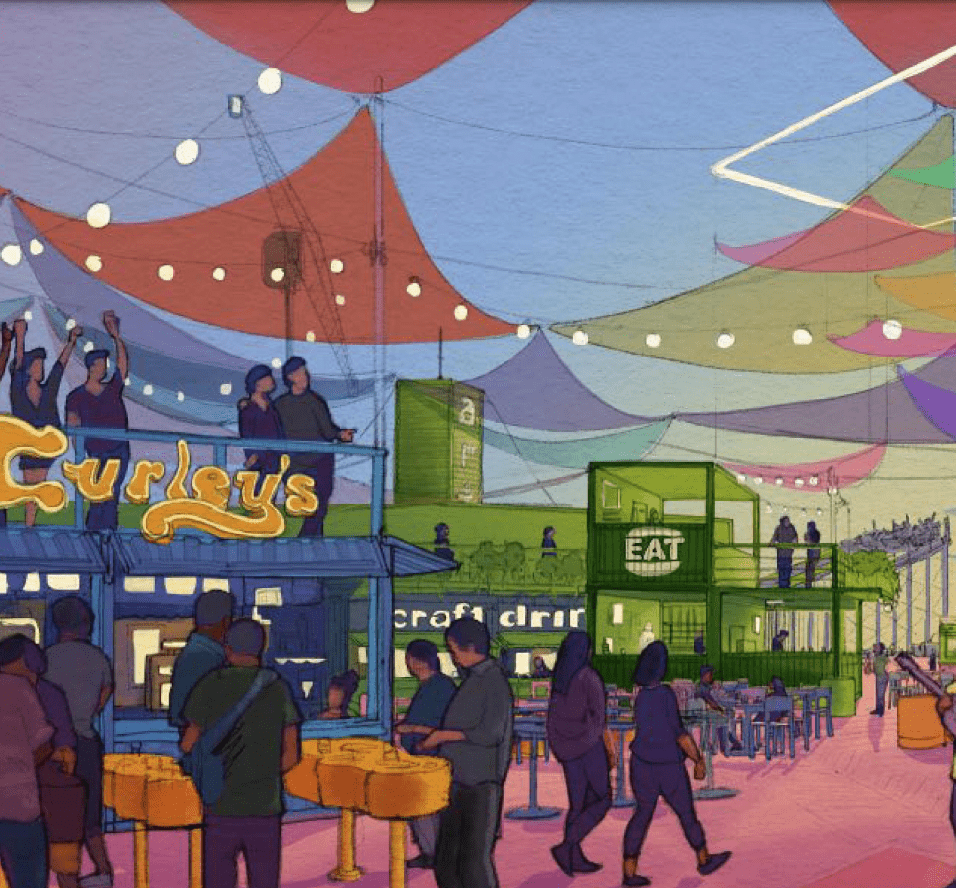 Morey’s Piers would then use that 2,800 square feet to expand the Art Box section with more containers and turn them it into the Food Hall.

While Morey’s Piers haven’t confirmed this is why Boat Tag was removed, one would assume that this has to be a part of the project since it is mentioned in the application.

This is a project that will be added to the monthly Wildwoods Construction Update video.

In the meanwhile, you can watch our tour of the now-removed Boat Tag below.

The video shows that all of the rides have been removed from their position and that parts of them are sitting on the beach. Some of the parts including the boats are still on the pier but will be removed and taken to Morey’s Piers storage area.

Before you watch please consider subscribing to our YouTube channel.