It’s no secret that a ton of changes are coming to the Wildwoods. In the Wildwood Video Archive’s monthly Wildwoods Construction updates, the list of projects all over the island has been increasing.

You can watch our latest Wildwoods Construction update for October by clicking the link below.

While we teased that something big will be happening on Morey’s Piers, today we are seeing the first of these changes. 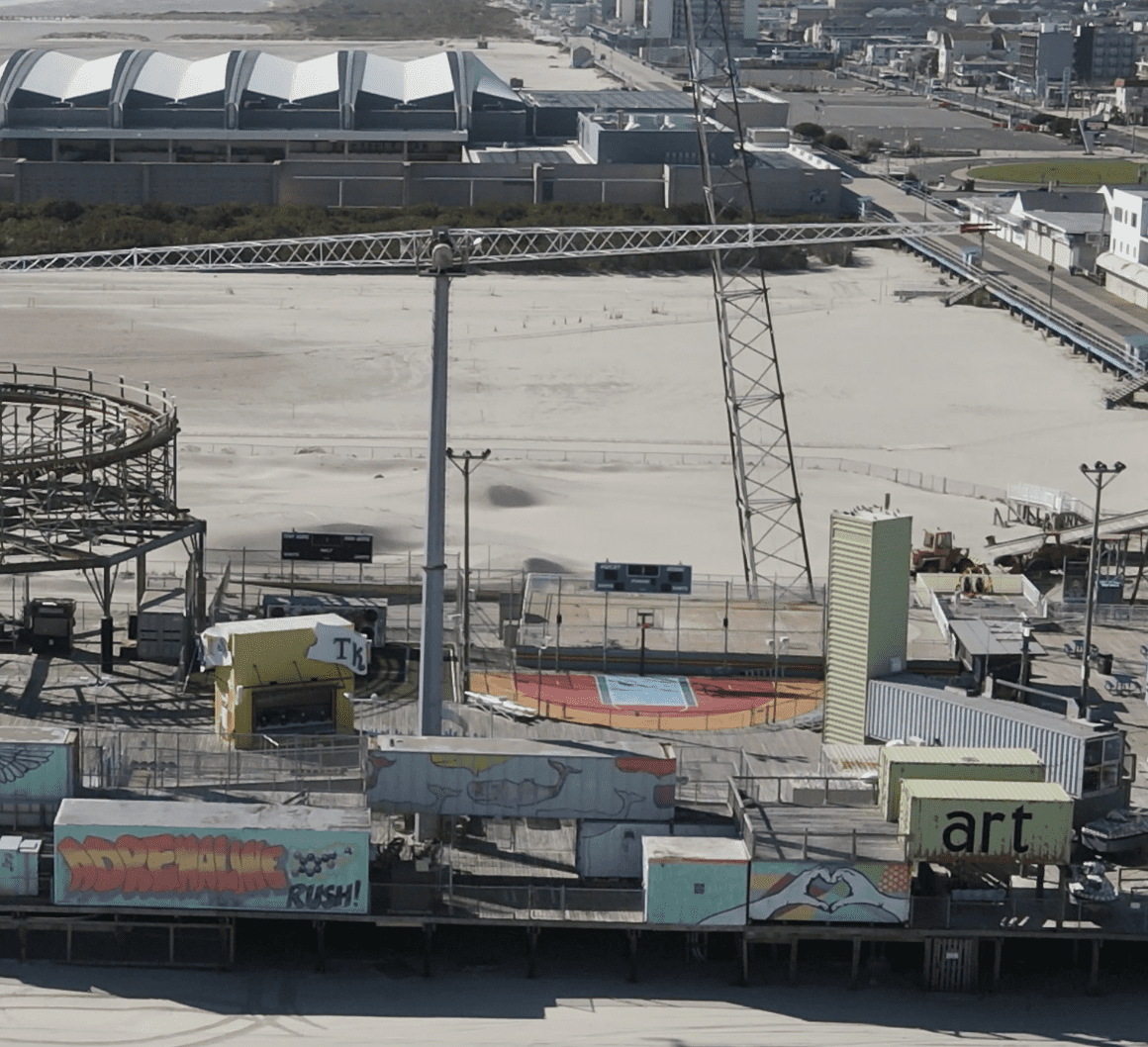 During the pandemic, we broke the news that some massive changes would be coming to Morey’s Adventure Pier. This is the amusement park located at Lincoln and the Boardwalk, most commonly known as the extreme pier due to the extreme rides on it.

Morey’s Piers presented an awesome project for Adventure pier during a zoning and planning meeting on June 1st, 2020.

This project would be a complete redesign of the front of the pier and include a food hall with many different kinds of foods and possible alcoholic beverages.

For those who don’t know what a food hall is, it is a collection of small independent ran businesses located in containers or old warehouses, that showcase different styles of food from all around the world.

It was a trend that started back in 2014 and has seen become a go-to spot for food since you can get so much in one place.

While you can get the full details of these plans by clicking HERE, this is the skinny.

Since the Food Hall is made up of 14 containers and or food trucks or food trailers, Morey’s would need much more space to make this a reality. A rendering shows that some of this would take the place of the Art Box but more space would be needed.

This is where today’s news gets interesting.

While in the original plans we didn’t see what we are removing to make space for the Food Hall, we now have an idea of what will be going. 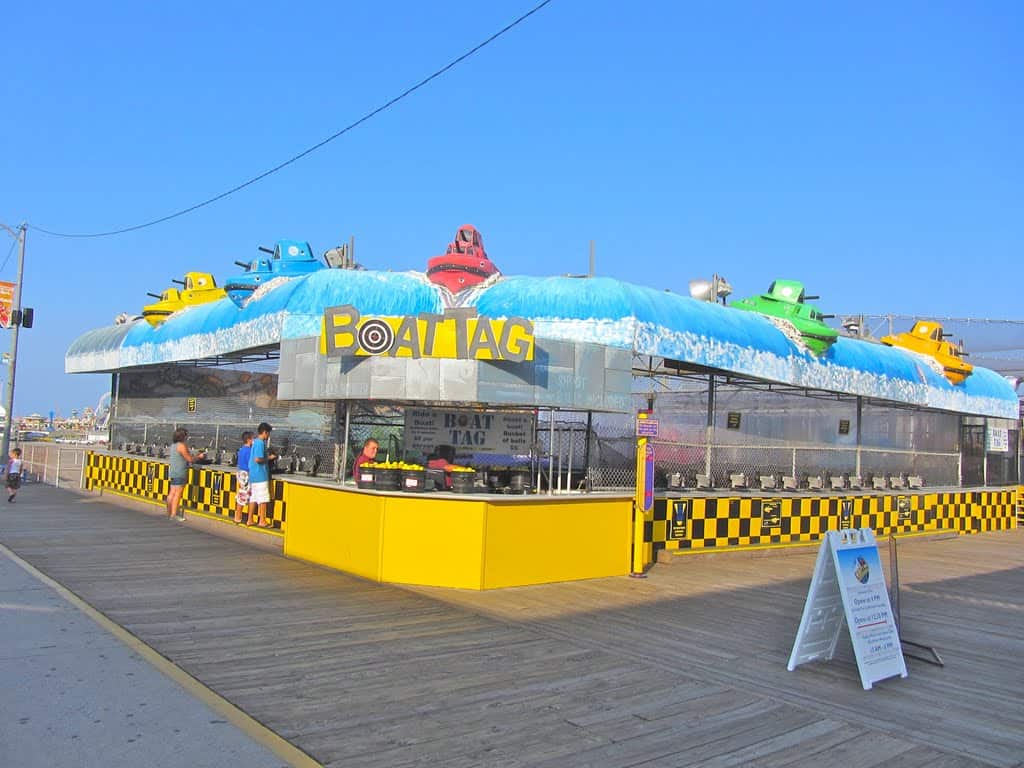 One of those attractions was the person shooter, Boat Tag. This attraction worked by having persons purchase a bucket of balls and use air cannons to shoot at boats moving inside a protective area.

While this game didn’t include prizes, it was definitely fun.

There is some sad news about this attraction though. According to postings online, the Boat Tag is now up for sale.

The listing online goes on to say;

“Classic early 1990’s Amusement Park High Capacity Revenue Producer. Boats made from Dorney Park molds, this attraction will rule the high seas of fun and financial profit. Available NOW at BE$T OFFER, the attraction includes 4 electric boats with charging harnesses, (boats are two passengers and have 2 guns), over 40 additional counter mount air powered guns (they shoot racquet balls, with many included), all safety netting and fencing, and a giant pool liner. The building is also available, but the entire building must be removed, no partials.”

By this listing, it seems that Morey’s Piers wants the full thing removed before they open for their 2023 season. 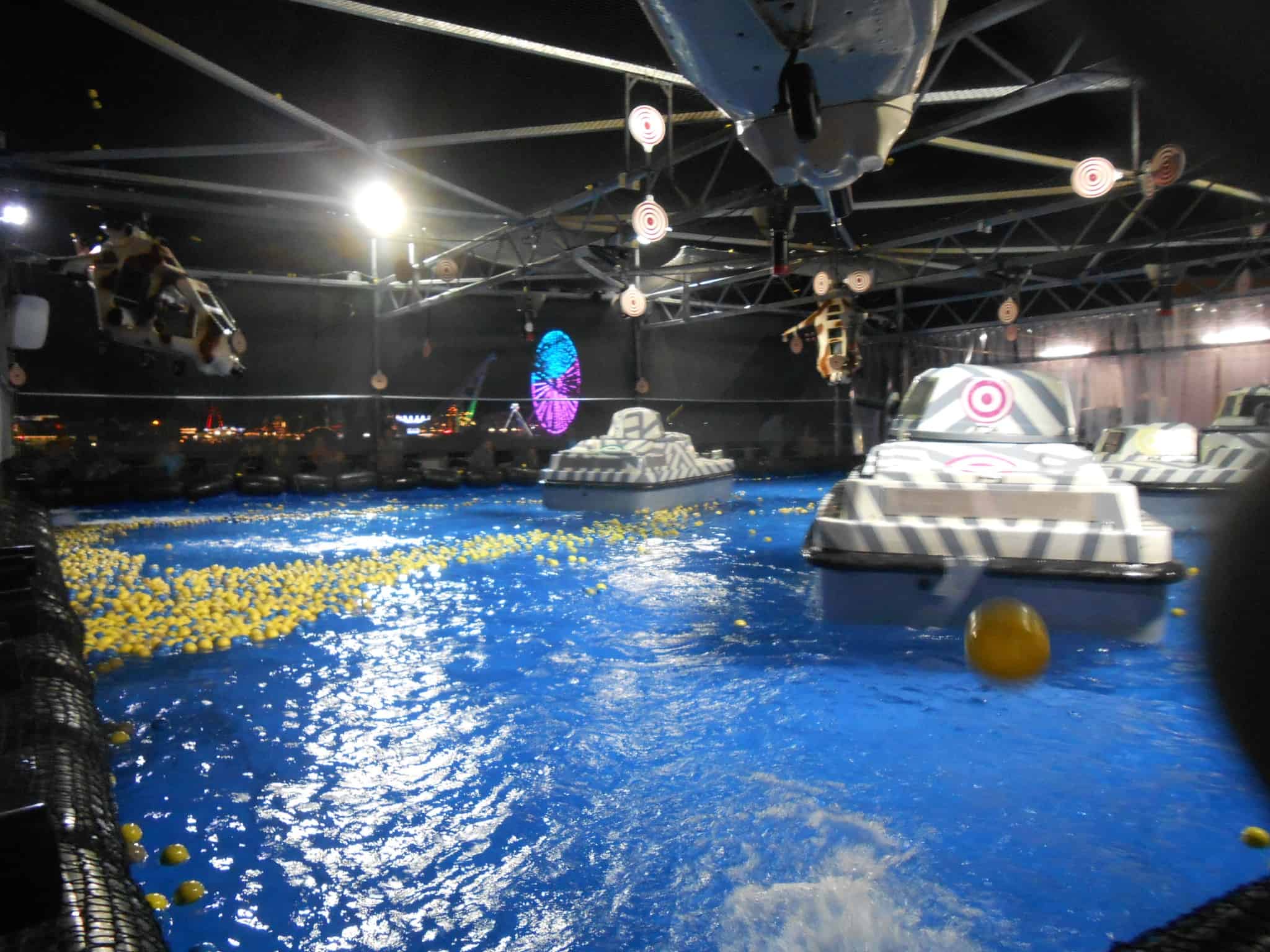 While we have no confirmation that Morey’s Piers is selling this in order to make room for The Food Hall, we are sad to see this go.

The Wildwood Video Archive reached out to Morey’s Piers for a comment on the ride being put up for sale but at the time of publication they have not gotten back to us.

Is this an attraction you will miss on Morey’s Piers?

Construction Has Started On Wildwood’s Starbucks