Over the past several months we have been posting updates on the Oceanview motel located at 7201 Ocean Ave, in Wildwood Crest (Ocean and Rambler Road).

Today we have an update on what is going on. 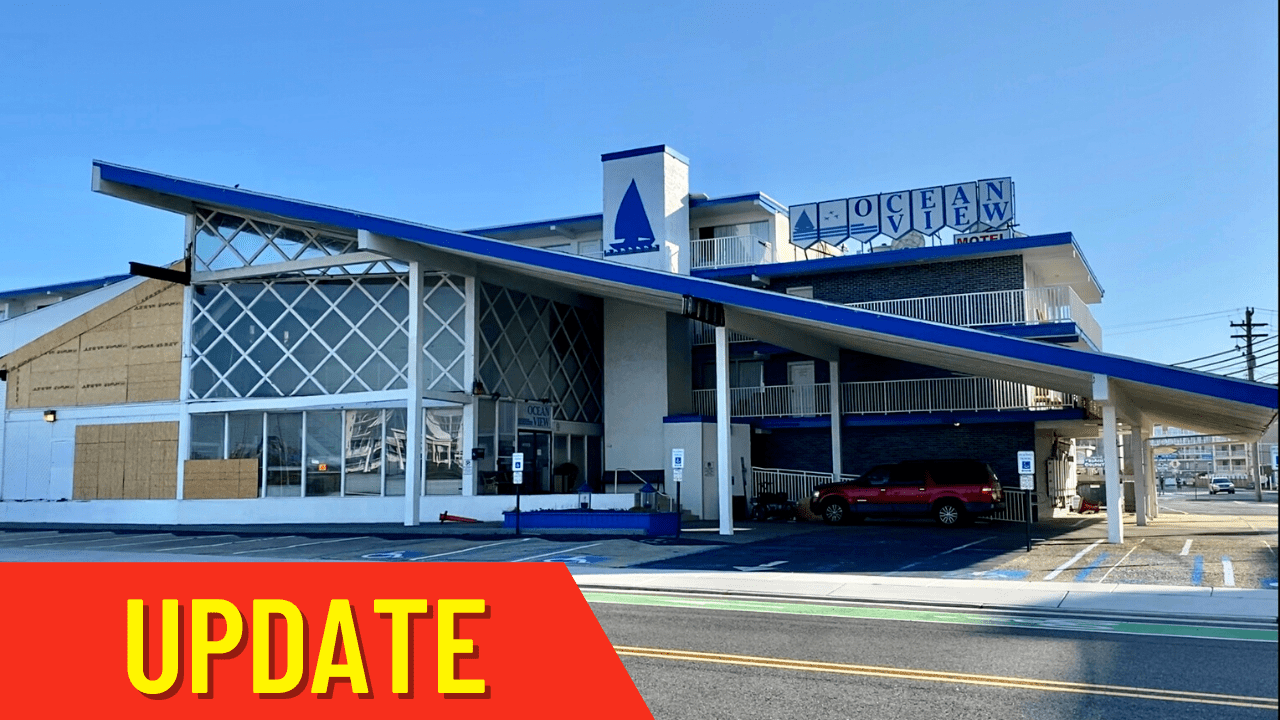 As a recap, back in December it was revealed that the motel was being sold to become condos. The blue prints showcased that the builder wanted to use the existing building that the current units are located it. They would shell out the building and build out new units.

In the world of preservation this is called adaptive reuse.

In the state of New Jersey, there are no more examples of such a design. This makes the lobby not only rare but a symbol of the Wildwoods.

The new owners, while wanting to adaptive reuse the building, want to demolish the historic lobby and build a four-story condo complex in its place.

This would remove one of the last examples of this style of building in the state. Removing it would be demolishing the last of Wildwood Crest’s history.

We had plans to speak to the owners and the zoning board to see how we could incorporate the lobby into the new design. Our presentation would have given the owner many alternatives from moving the building, to working with the NJ DEP to help preserve it, all the way to coming up with ideas on what the space could be. We went as far as to create new mockups of how the building would look.

The first time it was supposed to be presented was on February 15th but it was pushed to March 15th and then one more time to April 19th.

A week before the presentation the application was pulled completely.

While you might think this is something to celebrate, unfortunately, I don’t see that way

This could create a situation where the building, which has been left open to the elements for quite some time now, to be declared condemned and forced to be demolished.

In the video below I breakdown the situation. Before you watch please consider subscribing.