Exactly one year ago, Oct 23rd 2019, we broke the story that Wildwood Crest put forward a plan to rehab the old Crest library located at 6301 Ocean Ave. The city wanted to create an mixed use building which would house an environmental outreach room, a common area, a senior center/historical room, a concession stand and a gift shop.

You can read that full story by clicking the link below. 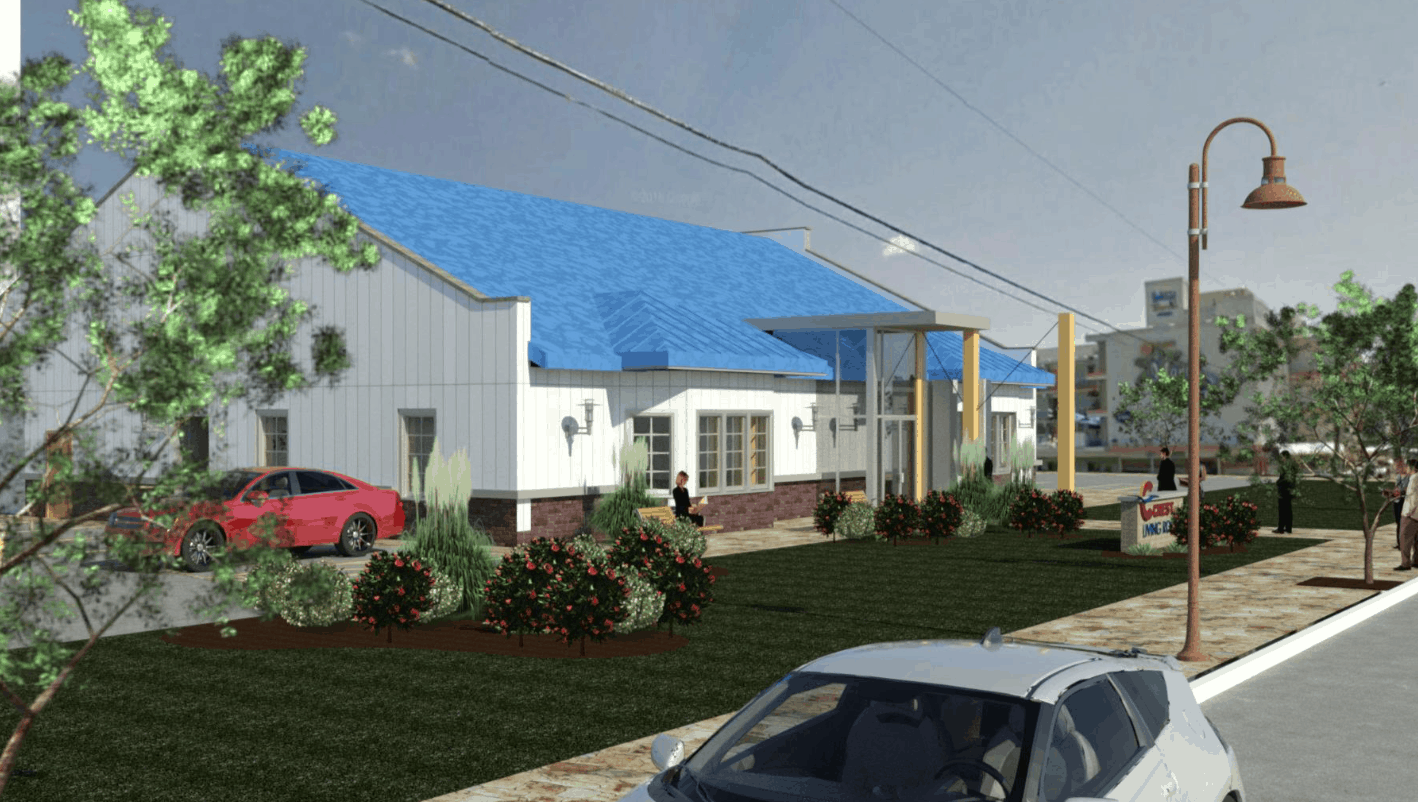 A year has gone by and the city proposed more changes to the master plans for the building. In a meeting from October 21st, we were presented these new changes and renderings.

Let’s break down what has changed.

The new building will become more eco-friendly by adding a solar array to the East side of the building. This will help set off the cost of power, costing the city less to run it. The building will lose it’s planned Dormer in order to make room for the solar panels.

The building’s design hasn’t changed too much from the 2019 design with the exception of larger bathrooms and a move-able glass door. The slide glass door will help accommodate events such as Birthdays and Weddings. This would created a design with allows the interior to blend into the exterior. 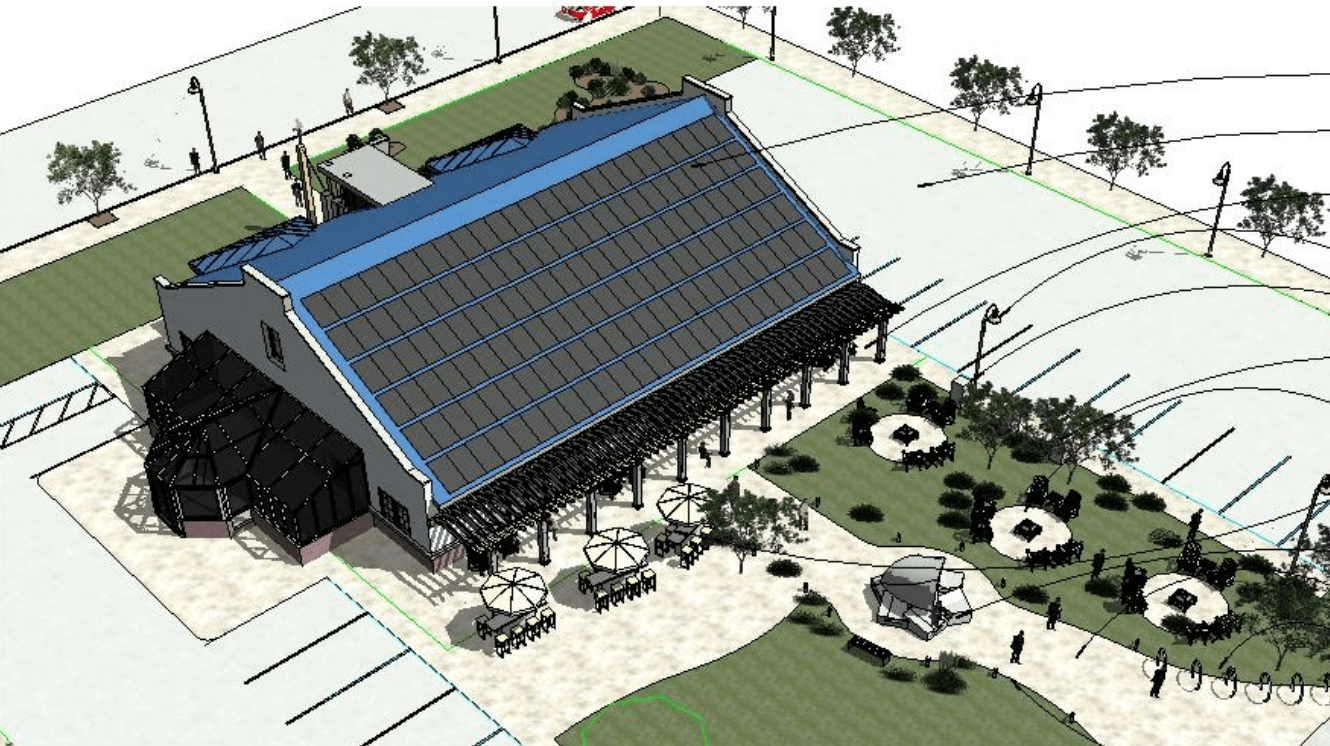 The biggest of changes come from the grounds. Orignal plans called for parking only on it existing lot (North side of the building). The new plans show that they will be adding some parking to the South side of the building bringing the lot to 38 spaces. These spaces will also include a number of ADA parking spots.

The plans still show three fire pits and wooden chairs but will also include a great lawn and beautiful gardens with an arch. Landscaping will adore the entire property.

It’s with the Mayor’s hope that people can get married at the arch (in the gardens) with the ocean as a backdrop, and then have the reception inside.

The project is estimated to cost between 1.5-1.8 Million. For those wondering how this would work into taxes there is some good news.

The cost of the bathrooms and heating and air systems will be provided via grant money. The rest of the money had already been raised in the Capital surplus fund. This would mean at this point your taxes wouldn’t rise due to this project.

On top of this, the city hopes to make a little revenue from having a vendor in the concession stand (hoping for a coffee or smoothy shop) and a vendor in the gift store.

One more thing to mention from this meeting. Mayor Don Cabrera announced that even with a pandemic, the Crest met it’s Misc Revenue.

Tune back later for more details.