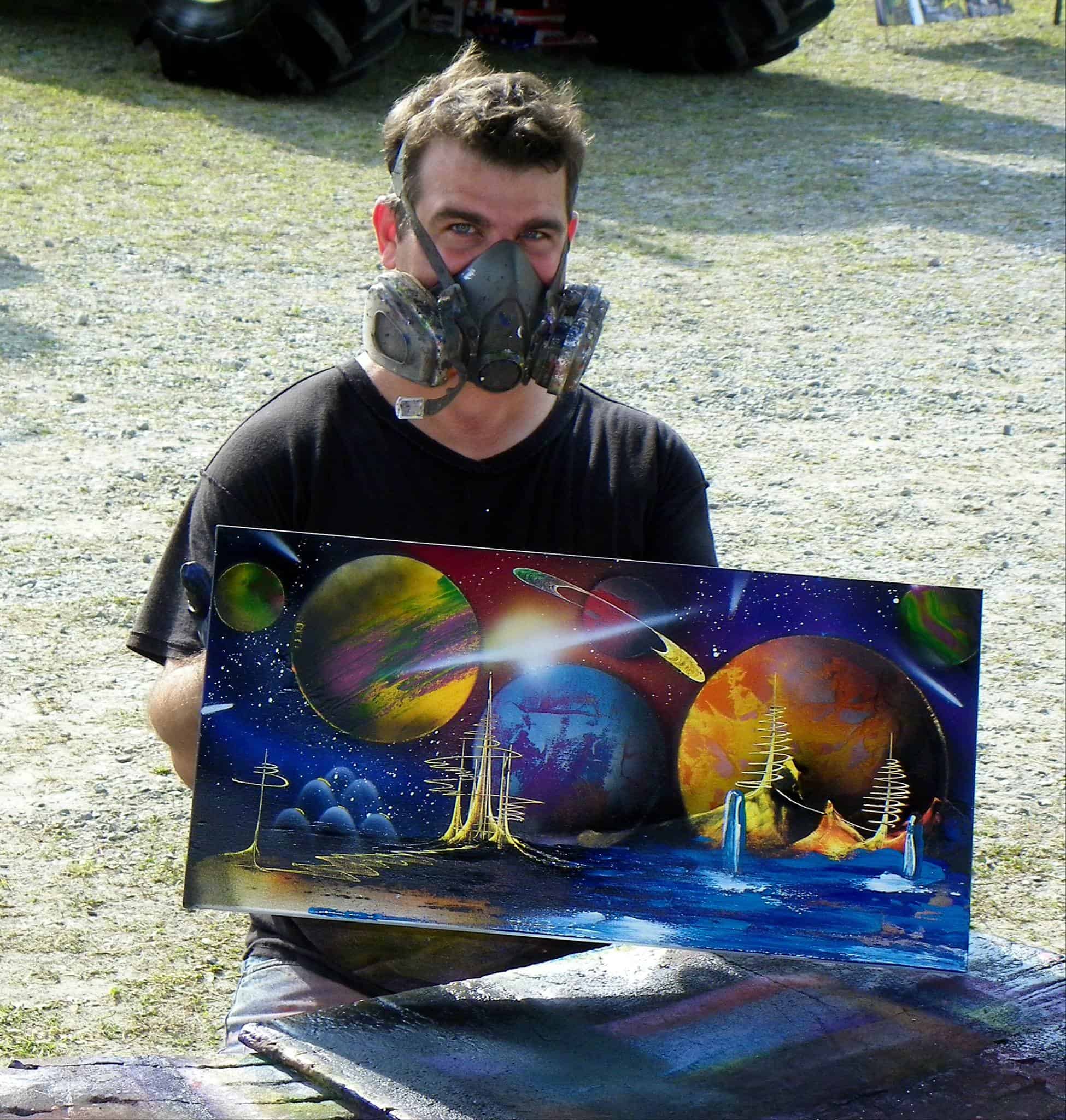 What Happened To Joshua Moonshine?

In one of our Wildwood groups, “Wildwood Talk,” someone asked whatever happened to Joshua Moonshine?

For those who do not know, Joshua Moonshine was a spray paint artist who worked in Wildwood for about six years. His main location was located outside Douglas’ Fudge at the pavilion. (Wildwood Avenue & The Boardwalk in Wildwood). Later on he moved his way over to Sportland Pier for 2015.

His art was a mix between an art show and a music show. He would play trap music and create beautiful pieces of spray paint art by using bowls, cardboard and other household products.

Below I have a video of what his art/show was like. Sometimes it has lasers and other times it included some fire.  It was truly one of a kind. (Story continues under the video)

In August 2015 it all just disappeared overnight. No one had any idea what had happened to him which brings us to the question; What Happened To Joshua Moonshine?

I reached out to him a few days after it happened and this is how he told it.

He had originally left the Douglas’ Fudge pavilion due to the rent being too high. When we first started there it was about $12,000 and by 2014 it has made its way towards 50K.

For the 2015 season he had a deal with the owner of Sportland pier to bring his stage and music to the pier. About half-way through June he was approached by the city and was told that his stage was a hazard. He got rid of them and the next day he came to work to see that someone cut his extension cords.

A few weeks later the owner of the pizza shop across from Sportland Pier accused him of poisoning his pizza with the fumes of the spray paint. Joshua Moonshine tried to explain to him a study that was done in Hawaii on spray paint and how his paint would only travel three feet but he didn’t want to hear it.

After the pressure from the city and the surrounding businesses he decided to close.

Here’s the latest on Joshua Moonshine. To this day he is still creating beautiful pieces of art. You can find him in Atlantic City on the boardwalk at New York avenue. He doesn’t do the big stage or show but he is still enjoying his craft.

Check out these other articles

Electric Cigs To Be Banned On Wildwood Boardwalk